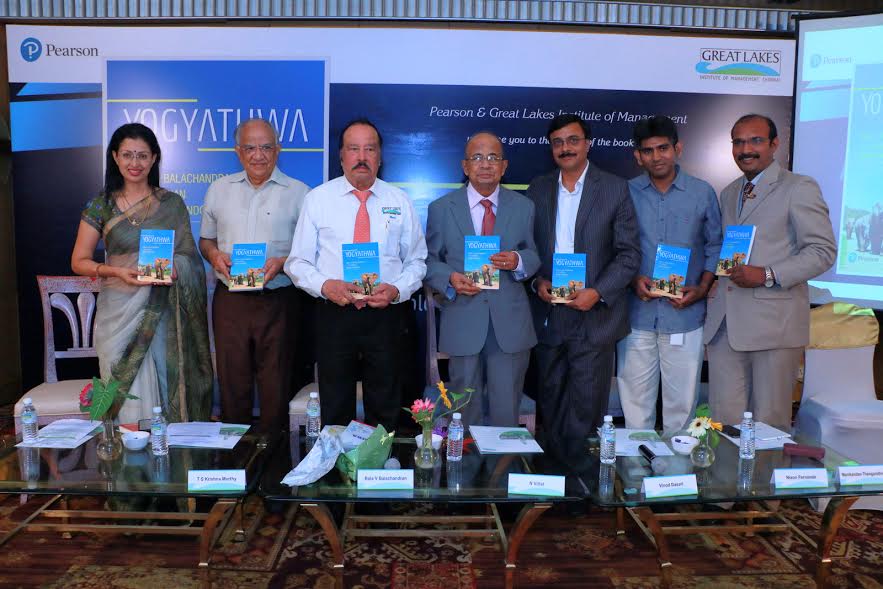 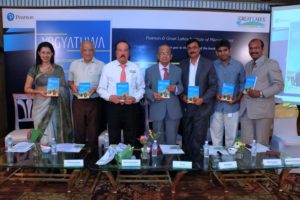 Speaking on the launch, Dr. Bala V Balachandran, Founder, Dean & Chairman, Great Lakes Institute of Management and Chancellor – Great Lakes International University, said, “I am honored to co- author this book along with Shri T N Seshan, a man known for his able leadership and Mr. Nixon Fernando of Great Lakes. The book talks about transformational leadership in current business scenario. Today, right from startups to bigger corporates, everyone is adapting organization structures, methods to survive and compete in this unreliable market. And, Yogyathwa gives you the best of skills and step-by- step guide to improve and transform your leadership skills. Leadership isn’t something that you earn, it is something that you learn, adopt and adapt. I assure that one who reads this book will look at their job or work at an organization in a more different and positive way.”

Delivering the chief guest address, Mr. N Vittal IAS – Former Chief Vigilance Commissioner, said, “Talking about the significance of the book title, Mr. Vittal said, “Yogya” in Sanskrit means competence. The two authors of this book Dr. Bala and Mr. Seshan have already showed this world what competence can do. Dr. Bala by establishing such a great institute and Mr. Seshan by showing this country the true power of a Government Bureaucrat.”

Congratulating the authors, Mr. T S Krishna Murthy IAS – Former Chief Election Commissioner of India, said, “Leaders should acquire power. A fine example amidst us is my own predecessor Mr. Seshan who, through his powerful leadership changed the way people looked at the Election Commission and set higher standards for everyone who followed.”

Mr. Vinod Dasari, Managing Director – Ashok Leyland, a student of Dr. Bala in Kellogg, Mr. Dasari thanked him for instilling a bit of “yogyathwa” in every one of his students.

“This book has touched a topic that is timeless. Leadership has been a desired quality through ages, countries and industries. Leadership need not always be about leading a team, it should be applied on an individual level as well. Take control of your life, delegate responsibilities to everyone around according to their abilities. It is important to realize that you are a leader, told Actress Gautami who was also present at the book release.

The event was also graced by Dr. Gandhirajan IPS – ADGP, Mr. Sunil Kumar – Centre Head, World Bank, Chennai and many such dignitaries from the industry.

IIT, Madras wins the 2017 IEEE Spectrum Technology in the Service of Society Award for its Solar-DC technology

Tokyo Institute of Technology: 30-fold Enhancement of Thermoelectric Performance in…