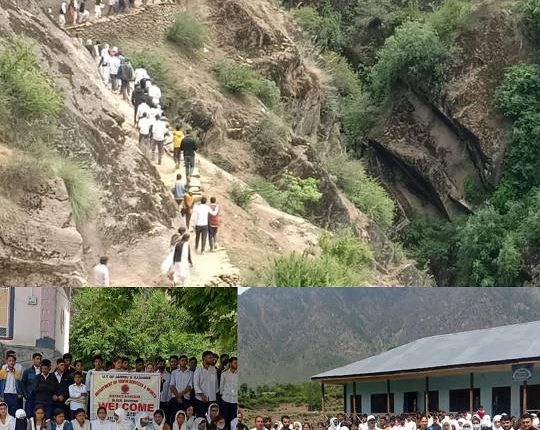 The event was held under the supervision of DYSSO, Kharati Lal Sharma involving the students of Government Higher Secondary School Sounder.

Besides Padh yatra, several other activities were also held within the four walls of the local schools.

He advised the students to follow the spirit of freedom fighters who won independence to the country by throwing out foreign rulers.

Earlier, the Chief guest and ZPEO Om Parkash flagged off the Padh Yatra which started from GHSS Sounder and culminated at GPS Loharna Dachhan.

The Students as well the sports employees and sports lovers participated in the run with enthusiasm and completed the target.