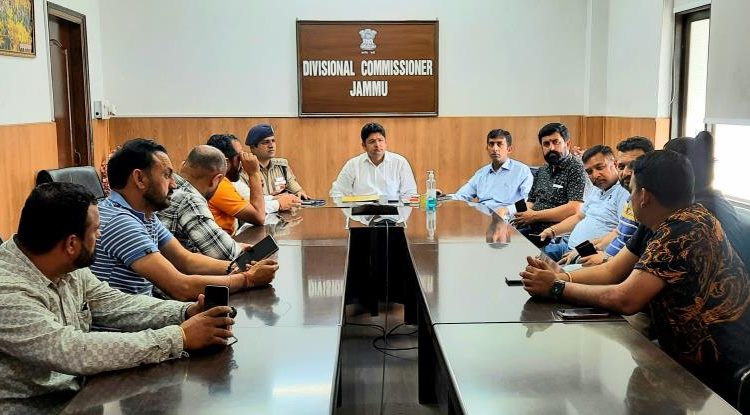 JAMMU : Representatives of Yuva Rajput Sabha today called on Divisional Commissioner, Dr Raghav Langer at his office. The meeting was held to discuss the issue regarding long pending demand of declaration of holiday on the birth anniversary of Maharaja Hari Singh on September 23 every year.

The Divisional Commissioner gave patient hearing to the delegation and informed that the Government has already taken cognisance of the matter. He told that a High Level Committee has been constituted and two meetings have already been conducted in this regard. The Committee is headed by the Principal Secretary GAD and consisting of Commissioner Secretaries of Social Welfare & Culture Department; besides Divisional Commissioner Jammu.

The Div Com further informed that the committee has discussed facts and considered the views of prominent historians and academicians regarding contributions of Maharaja Hari Singh. Further deliberations are underway for comparison with other States/UTs of India, he added.

As soon as the requisite information is compiled and based on future deliberations, the Committee would submit its final recommendations to the Government, said the Div Com.

He assured that the process would be completed and report submitted in the minimum possible time.

The Yuva Rajput Sabha decided to call off their strike on April 23, after detailed discussions with the Div Com.

India Education Diary Bureau Admin Apr 17, 2022
SRINAGAR: The Srinagar craft Safari treads through the lanes of Khanqah of Shah-e-Hamdan who owns the…