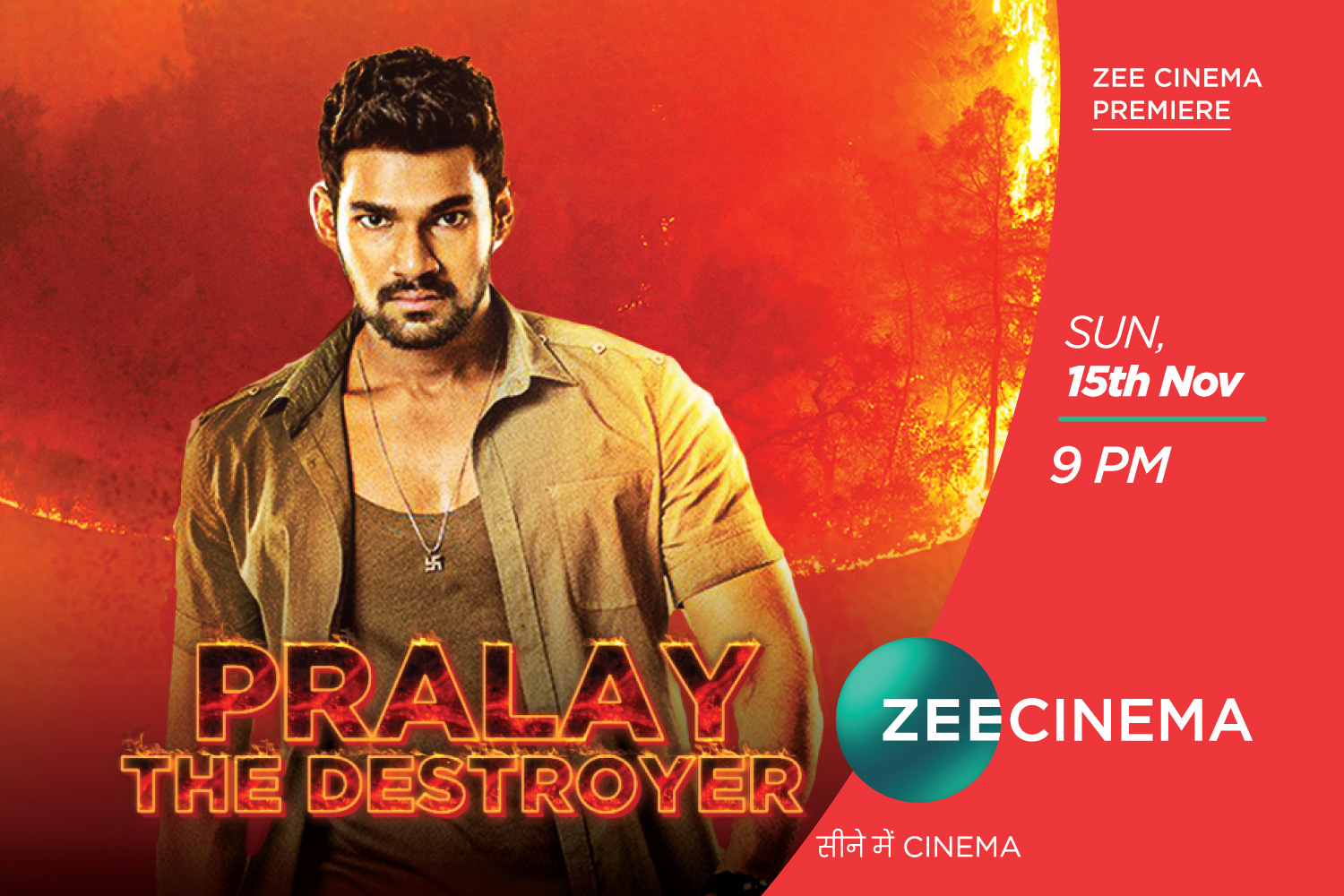 New Delhi: This 15th November, Zee Cinema will take you on a thrilling rollercoaster ride filled with action, fantasy and romance as it brings to you the Hindi Television Premiere of Pralay : The Destroyer. Directed by Sriwass, this superhit action entertainer portrays the concept of Karma by showcasing all the element of nature coming together to fight the evil. And putting an end to all the wrong doings will be the chosen one Vishwa.

Starring Bellamkonda Sreenivas and Pooja Hegde, this larger than life film is a total family entertainer that will keep you at the edge of your seats with its unique narrative, mind blowing action sequences and powerful dialogues. Along with them the movie also stars, Ravi Kishan, Ashutosh Rana, Sarath Kumar and Jagapathi Babu amongst others. Get ready to witness the good win over the evil in the Hindi Television Premiere of Pralay : The Destroyer on 15th November, Sunday at 9 pm only on Zee Cinema.

The 2018 riveting revenge drama revolves around Vishwa, a rich NRI videogame designer who falls in love with Soundarya in New York. To confess his love to her, he chases her to India. While trying his luck to impress her, he comes across certain situations that reminds him of his childhood and how his parents were brutally murdered by the village goons led by Munuswamy. Putting an end to all the wrong doings, Vishwa the chosen one with the help of the five elements of nature takes revenge from Munuswamy.

iednewsdesk Jan 18, 2022
The impact of a trade deal between the UK and Australia on UK agriculture is examined in a new report from the…