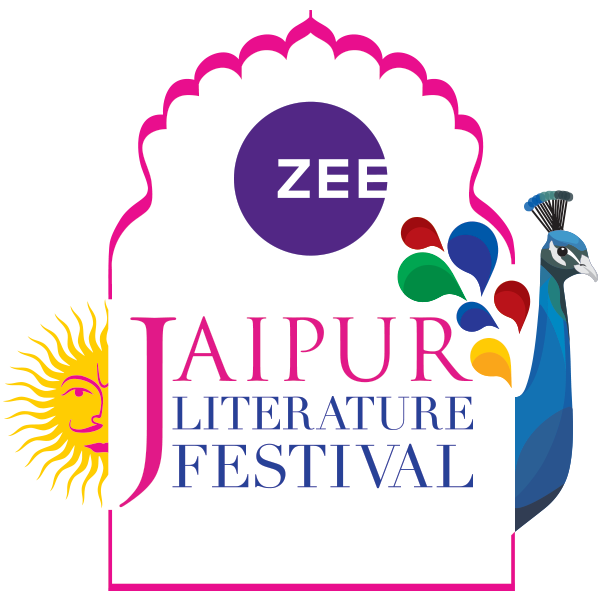 The annual ZEE Jaipur Literature Festival announced today that its 11th edition will take place from 25-29 January 2018, once again at its beautiful home of the historic Diggi Palace Hotel in Jaipur.

The ZEE Jaipur Literature Festival which has often been described as the ‘greatest literary show on earth’ and the ‘Kumbh Mela of literature’ has hosted nearly 2000 speakers and welcomed over a million booklovers over the past decade, evolving into a global literary phenomenon. A true champion of literary and artistic traditions and democratic discourse, it encourages freedom of thought through a range of voices from India and abroad engaged in informed and enlightened dialogue and promotes above all a love for literature.

The discussions at the Festival will feature around works spanning both Indian and the international literary landscapes; translations will be under the spotlight too in a bid to reinforce a diverse and flavourful cultural matrix. The 2018 edition expects to welcome speakers representing over 15 Indian and more than 20 international languages.

As in previous years, the forthcoming edition of the Festival will partner with major Indian and global brands and host the highest calibre of speakers and curate an enviable depth in programming for its ever increasing and discerning audiences.

The Festival will open as usual with its B2B arm, Jaipur BookMark (JBM), now in its fifth edition, with a full day of programming on 24 January at Diggi Palace followed by sessions at a dedicated JBM venue at the Festival Hub from the 25-28 January. JBM continues toprovide a platform for publishers, literary agents, translation agencies and writers to meet, talk business deals and listen to major industry players from across the world.

The ZEE Jaipur Literature Festival sets literary conversations, debates and dialogue against the backdrop of built and cultural heritage including curated art installations, world music performances at the Music Stage and cultural evenings at heritage venues like the Amber Fort and Hawa Mahal.

While entry to the Festival is free and open to all, attendees can choose to purchase “Festival Delegate Packages” which offer a special experience of the Festival and will take them on a compelling cultural journey.

As a former Festival Delegate said, “A wonderful experience. As a delegate, I had the opportunity to meet people from all parts of the world and share our love of literature and writing. The concerts were amazing – the venue, music, food and people combined to create an unforgettable experience.”

In addition to enjoying the Festival programme, delegates get access to the Delegate Lounge, dedicated sessions, free entry to the Music Stage, invites to the special cultural evenings, official Festival merchandise, lunches and dinners with authors and fellow delegates, a cocktail evening and much more.

Namita Gokhale, writer, publisher and Co-director of the ZEE Jaipur Literature Festival, says, “This is a vintage year for the ZEE Jaipur Literature Festival, with an amazing line up of international and Indian writers and multiple strands of thoughtfully curated sessions. A space to interrogate our changing times and to encounter poetry and the dreaming mind, the Festival returns with its unique brand of magic, whimsy and intellectual rigour.”

William Dalrymple, writer, historian and Co-director of the ZEE Jaipur Literature Festival, says, “2018 may be the best Jaipur ever, fielding an unrivalled literary ‘First Eleven’ made up of star poets and acclaimed novelists, historians and biographers, thinkers and dreamers and scribblers and critics, genii and half the faculty of Harvard. It’s an astonishing line up and I can’t wait for the 25th of January to see it all become a reality.”

Sanjoy K. Roy, Managing Director of Teamwork Arts who produce the ZEE Jaipur Literature Festival, said, “As we wait to celebrate yet another milestone year of the ZEE Jaipur Literature Festival in 2018, we look forward to the infectious energy of intellectual debate and the dynamism that charges the Festival’s atmosphere and comes from a mingling of celebrated minds, diverse perspectives, and heightened cultural experiences. What is heartening is that this incredible global phenomenon that the Festival has evolved into is still deeply rooted in its core identity as a completely accessible and democratic platform.”

Information on Registration for the ZEE Jaipur Literature Festival can be found here:

About the ZEE Jaipur Literature Festival 2018

Described as the ‘greatest literary show on Earth’ and the ‘Kumbh of literature’, the ZEE Jaipur Literature Festival is a sumptuous feast of ideas.

The past decade has seen it transform into a global literary phenomenon having hosted nearly 2000 speakers and welcoming over amillion booklovers from across India and the globe.

Every year, the Festival brings together a diverse mix of the world’s greatest writers, thinkers, humanitarians, politicians, business leaders, sports people and entertainers on one stage to champion the freedom to express and engage in thoughtful debate and dialogue.

Writers and Festival Directors Namita Gokhale and William Dalrymple invite speakers to take part in the five-day programme set against the backdrop of Rajasthan’s stunning cultural heritage and the Diggi Palace in the state capital Jaipur.

The Festival showcases a range of voices from India and abroad.

The ZEE Jaipur Literature Festival is a flagship event of Teamwork Arts, which produces it along with over 25 highly acclaimed performing arts, visual arts and literary festivals across more than 40 cities globally.

In 2014, the Festival spread its wings beyond the borders of India with an annual summer event in London. In 2015, it headed across the pond to Boulder, Colorado where it hosts a similar event every September.

PM Modi says, from largest vaccination drive to use of drones in agriculture, India…