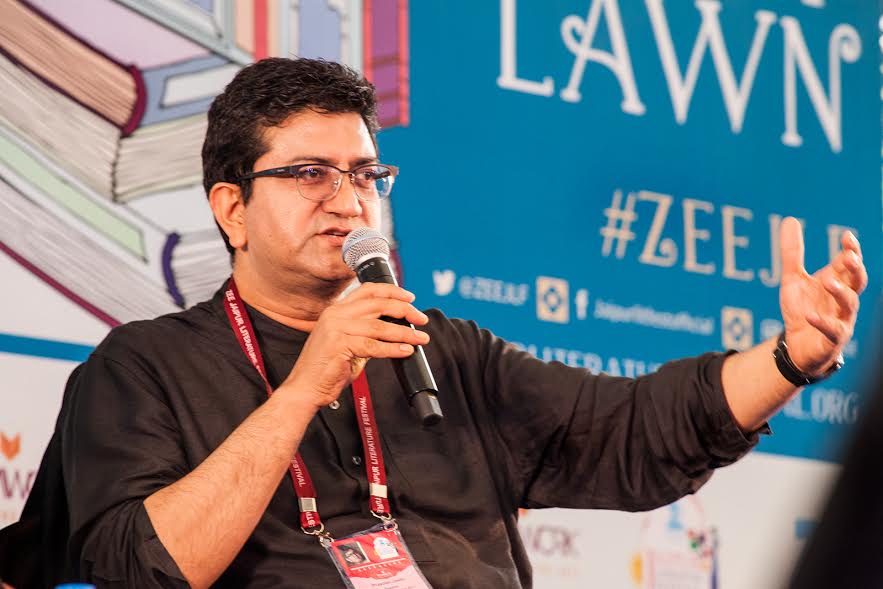 By India Education Diary Bureau Admin Last updated Apr 23, 2020
Share
Jaipur: Described as the ‘kumbh of literary festivals’, the 10th edition of the ZEE Jaipur Literature Festival today came to a close after a fifth day packed with debate, discussion, humour and sunshine.
Over 400 world leading names and minds in the fields of fiction and non-fiction writing created a feast of words in the Pink City, including Javed Akhtar, Ashwin Sanghi, Lila Azam Zanhaneh, Prasoon Joshi, Richard Flanagan, Luke Harding, Bibek Debroy, Paul Beatty, Mallika Dua, Hardeep Singh Puri, Hyeonseo Lee, Alan Hollinghurst and Shashi Tharoor.
Some highlights include the Festival exuberant American poet Anne Waldman who has appeared in a number of sessions to talk about Ginsberg, her life and to share her experimental poetry. Young UK based poet and spoken-word artist Kate Tempest entertained the audience on the Front Lawn on the last day raising whoops and cheers for her energetic delivery and insightful texts.
Festival Directors Namita Gokhale and William Dalrymple both featured in sessions to talk about their own recent books, Things to Leave Behind and Kohinoor.
The yoga guru Sadhguru, author of Inner Engineering: A Yogi’s Guide to Joy, spoke at the Front Lawn on the first morning suggesting that ‘Human intellect is firing like never before. This is why people are suffering. They have to think for themselves, not rely on scripture or a guru.’
Novelist and community activist Mridula Koshy, Anne Waldman, social theorist Ornit Shani, screenwriter and advertising guru Prasoon Joshi and chess champion Anuradha Beniwal all met across the five days with Puneeta Roy to contribute their experience and mind to the Festival theme Freedom to Dream looking at India today in the context of its history and its future including its democracy, citizenship, perception, persuasion and ideas, travel, adventure and freedom.
Friday morning’s sessions with Rishi Kapoor and then Anand Neelakanta, Prasad Devineni, S.S. Rajamouli and Rana Daggubati drew an excited and cheering crowd to fill the Front Lawn of the Diggi Palace.
Unsurprisingly the economy has been discussed in a number of sessions, always returning to the issues of de-monetisation. Some of the world’s finest economists and business minds including Ha-Joon Chang, Sanjay Agarwal, Kunal Bahl, Amitabh Kant, Frank Trentmann, David McWilliams, Dambisa Moyo, Sadaf Saaz got together at ZEE JLF to discuss this and other issues and ambitions in the field of economics.
Aishwaryaa, UN Goodwill Ambassador for gender equality, has borne witness to the positive changes that have come about in the film industry in the last decade, to a packed Front Lawn crowd she shared, ‘Five years ago, it would have been close to impossible for a woman director to do more than one film, but now I’m about to direct my third.’
The most Brexit is ‘the most divisive issue in Britain’, according to Guardian journalist Jonathan Shainin, who in a panel with Andrew Roberts and Timothy Garton Ash who described the Brexiters as naïve utopians.
Dr Shashi Tharoor stirred up the crowd on Sunday morning declaring that the Empire was an ‘exercise in serving its own perpetuation.’ ‘What the British Raj has deprived us of is our self-respect,’ said Tharoor, to enormous applause.
Philip A Lutgendorf and Shubha Vilas joined Arshia Sattar in a conversation about Lord Hanuman to discuss the deeper aspects of the revered monkey god. Historical fiction came under examination in Rewriting History: The Art of Historical Fiction looking at how you write a novel set in a period of history long before you were alive with some of the best in the world, Adam Thirlwell, Alan Hollinghurst, Chitra Banerjee Divakaruni, Shazia Omar and Namita Gokhale.
A session on Exile, Taslima Nasrin told the assembled crowd, “I don’t believe in nationalism, I believe in one world of rights and freedom.”
Related Posts

Apr 16, 2022
The Festival closed today with the Debate: We Are Living in a Post-Truth World in which Anne Waldman, Ashutosh Varshney, Kapil Sibal, Luke Harding, Shashi Tharoor, Prasoon Joshi, Suhel Seth and Swapan Dasgupta moderated by Barkha Dutt look at the Oxford Dictionary’s Word of the Year for 2016 – Post-Truth. Will the truth ultimately triumph or does the motto of the Indian State, ‘Satyamev Jayate’ or ‘Truth Will Prevail ‘ no longer hold true
The authors invited to ZEE JLF 2017 represented writing in 30 languages and both ZEE JLF and its sister event had a focus on the undervalued art of translation and the cultural benefits of sharing literature from around the world.
The third year of Jaipur BookMark, the Festival’s sister publishing industry event concluded with the award of the second Oxford Bookstore Book Cover Prize, won by designer Pinaki De for the book Kalkatta by Kunal Basu. A second prize was awarded at Jaipur BookMark this year, the Vani Foundation Distinguished Translator Award was awarded to well known translator, poet, writer and critic Dr Anamika.
Over the course of its first 10 years, the ZEE Jaipur Literature Festival has hosted 1300 speakers and welcomed 1.2million book lovers.
MUSIC
More than 100 musicians both global and local filled the mornings at Diggi Palace and the evenings at Clarks Amer. Music from artists including the arousing Shillong Chamber Choir, Swanand Kirkire and Anukur Tewari started the day for festival visitors, and the hugely popular Raghu Dixit Project, Lisa Hannigan, Soulmate and Inna Modja drew the crowds on the lawn of Clarks Amer in the evening.
The crowds gathered at Amber Fort and Hawa Mahal for two mesmerising Heritage Evenings in partnership with Rajasthan Tourism, in two stunning settings. Lit to accentuate the beautiful details of these heritage properties, around 1,200 people flocked to Amber Fort to hear the celebrated poetry of Anne Waldman from the USA and Bollywood lyricist Swanand Kirkire.  At Hawa Mahal around 700 people went on a journey through the magical realm of entertainment with Vidya Shah and Luke Kenny.
For the sixth year running the Festival partnered with Pratham Books to produce nearly 100 interactive sessions promoting the love of books in schools across Jaipur from Jan 16-25, 2017. Authors who took part in the programme include renowned geologist Barry Cunliffe, children’s author and actor Nandana Sen, acclaimed writer Arshia Sattar, mountaineer Colonel Vishal Ahlawat, storyteller Rituparna Ghosh, journalist Kunga Tenzing Dorji.
Festival Director Namita Gokhale said, “There’s always a sweet sadness as the festival draws to a close. It’s been a wonderful exhilarating year, and the speakers and sessions covered a huge range of themes and narratives. I’m taking notes already, jotting down ideas, and gearing up for 2018.”
Festival Director William Dalrymple said, “I think it was our strongest year yet, both at the main festival and at the Music Stage. Our artists were all magnificent and I’m incredibly proud of them.”
Sanjoy Roy, Managing Director of Teamwork Arts, Producer of the Festival, said, “There are many truths and the ZEE Jaipur Literature Festival is a platform to reflect some of these. And continue to make sense of the world that we inhabit and envision the future.”
OUTREACH
The Yuva Ekta Foundation, a not for profit Trust working at the intersection of Youth and Governance, has been facilitating the Festival’s Youth Outreach program for 10 years now. The Youth Outreach program seeks to integrate underprivileged youth in Rajasthan with their more privileged counter parts, creating opportunities for mutual learning and creative exchange. The theme for 2017 reflected the Festival’s and focused on Freedom to Dream. A total of 54 participants (29 participants from Schools and 25 participants from NGOs) were part of theatre based intensive workshops at Jayshree Periwal High School.
Share FacebookTwitterGoogle+ReddItWhatsAppPinterestEmail