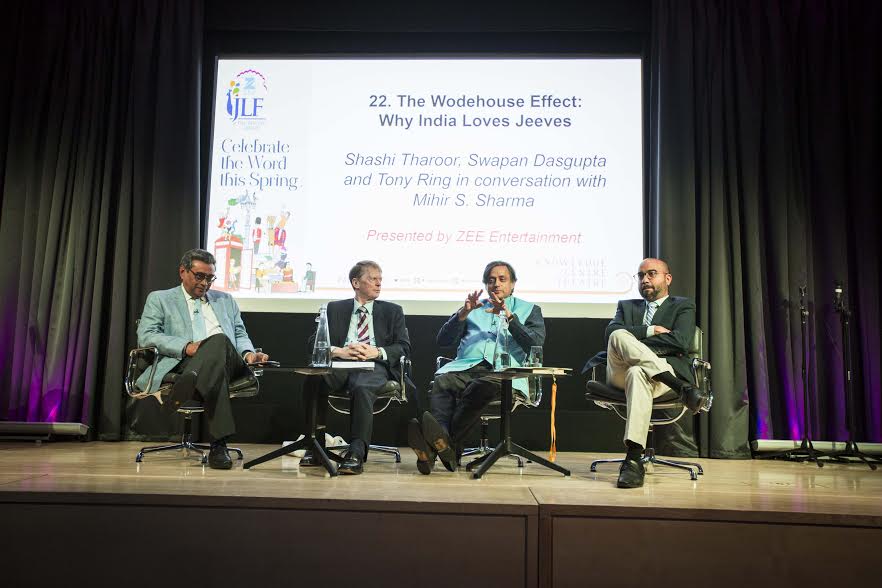 The culturally curious flocked to the British Library today to attend sessions on ahuge range of topics including the partition, the constitution, PG Wodehouse, the Raj, the architecture of Lutyen, travel and India. Many of the sessions drew on the rich collection of the Library and brought it to life through storytelling and debate.

By the time the doors opened on day two all tickets had been snapped up and the buzz of ideas filled the spaces of the British Library.

ZEE JLF@The British Library is one of the first major events in the UK as part of the India-UK Year of Culture in 2017, which showcases the cultural diversity of India in the UK.

Some of the world’s leading travel writers gathered together in Footloose: The Travel Session to discuss their personal journeys and the experiences behind their writings. Anthony Sattin, Hugh Thomson, Samanth Subramanian with William Dalrymple demonstrated that although the most historic form of literature, travel writing has an unending capacity for reinvention. 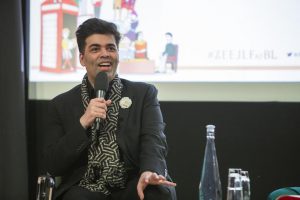 Singer and author Vidya Shah is on a mission to share long lost music recorded by women in India, in the early days of the gramophone. In a rich and wonderful session with Rachel Dwyer she emphasised the importance of remembering these singers. ‘We barely have names for them. We don’t know where they came from.’

Constitutional experts all over the world are examining the challenges faced by new and changing political realities all over the world, and how to understand and implement established legal systems in a shifting context. In an important session Constitutions: We the People, presented by the Aga Khan Foundation, the panel discussed the separation of powers, lines of accountability and the balance of judicial activism and restraint.

Helena Kennedy cited Trump’s first 100 days as an example of this, describing this period as a showcase of degrading the American constitution. His use of nepotism should not have been any more possible than the ways he has tangled his business dealings with those of his Presidency. And yet he has been able to do so. Patrick French surmised that the vagueness of the American constitution on the role of the President is why it has been so limited in its ability to hold Trump to account so far. It was predicted that after Trump’s term, the constitution would be redrafted, to limit Presidential powers in the future.

P.G. Wodehouse’s popularity has endured over the years and he is known and loved all over the world, especially India.  Shashi Tharoor, former president of the Wodehouse Society at St. Stephen’s College, Delhi University, discussed his legacy along with author Mihir S. Sharma, journalist Swapan Dasgupta and author Tony Ring.

Shashi Tharoor argued that the magic of Wodehouse was not restricted to a certain kind of ‘comfortable’ Indian audience, pointing out that the world depicted by Wodehouse was an idyllic never-never land, so it was as unreal to the English as to Indians, comfortable or otherwise.

In a session exploring Lutyen’s Delhi, Delhi biographer Malvika Singh claimed, citizens should “take ownership” of their city spaces to create a workable city. The author of many books about the city elaborated: ‘The main point is citizens should take ownership of their spaces, protest, walk the talk and not just take what is doled out.’

Singh observed that the city has “mushroomed in a very haphazard way” since the 1950s, with different colonies springing up, such as the lawyers’ colony and a colony for people displaced from East Pakistan.

The day continued with two of the most anticipated sessions Ideas of India and The Theft of the Raj: The British Empire in India. The ideas of India are created through the bewildering diversity and plurality of the country expressed in many languages and voices. A panel including Arundhathi Subramaniam, Namita Gokhale, Mihir S. Sharma and Sanjoy K Roy discussed the scrutiny placed on the Idea of modern India.

The final session saw Roy Moxham and Shashi Tharoor in conversation with Mukulika Banerjee about colonialism’s claims of benefit and development despite evidence of tis fundamental nature. From Vasco da Gama to the final emergence of the English as the principal colonisers of the Indian subcontinent it was a period of acquiring as much and as many of India’s riches as each European power could lay their hands on. A lively session brought this first edition of the ZEE Jaipur Literature Festival at the British Library to a rousing close.