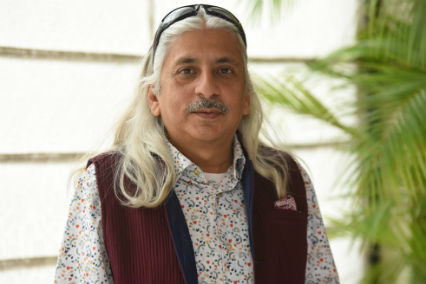 New Delhi: From 8-10 June 2018, London’s iconic British Library will once again be transformed as ZEE JLF at The British Library fills its historic spaces with a sumptuous showcase of South Asia’s literary heritage, oral traditions, performing arts, books and ideas. Dialogue and debate from across the region highlight the cultural and social diversity found within it and shed new light on its current relationship with the UK.

2018 marks the fifth year of the Festival’s presence in London, an event that extends from its roots in Jaipur. Festival co-directors Namita Gokhale and William Dalrymple have curated a bespoke programme to bring what is frequently referred to as ‘the greatest literary show on Earth’ to UK audiences.

The weekend features sessions that highlight the centenary of the start of the British women’s suffragette movement and its progress since, and traverse the life and legacy of Winston Churchill, one of history’s most complex and divisive figures.

Karlsruher Institute for Technology: Shop online or on site…

Contemporary political issues are debated across a range of sessions. ‘Exile and Insurgency’ questions the actions of those who take up arms against established governments while ‘Why I Am A Hindu’ considers the vital contribution of religion to a plural and secular democracy. Discussions on the geopolitical jigsaws of the Himalayan region sit alongside debates around the issue of waste and sanitation in India. Other sessions provide a gripping and rare first-hand account of an undercover writer in North Korea and get to the bottom of the mystery around one of the heroes of India’s independence movement.

The programme’s literary discussions look at a variety of subjects such as poetry, ranging from the pre-modern Sufi genre to contemporary legends such as Jan Nisar and Kaifi and Tishani Doshi. ‘Translations…An Equal Music’ delves into translation and how it impacts access to and understanding of individual and national narratives, highlighting the process and practice of translation along with the discipline and aesthetics of voice, interpretation and technique across source and target languages. ‘The Fictional Leap’ explores the reconstruction of the past, the axis between truth and fiction and the leap of faith into historical fiction.

There are also discussions on the impact of the British Empire through sessions on Lady Edwina Mountbatten as the charismatic ‘Last Vicereine’ in the context of Indian Independence, Partition and the legacy of British rule and one on the ‘Railways and the Raj’, which explores the fascinating transformative role of the Indian railway network, a creation of the British Raj.

Other sessions examine the diversity of artistic heritage in South Asia, including Islamic calligraphy, Indian classical music (with a focus on the sarod), two brilliant painters from 18th century India (Nainsukh and Manaku), songs from Sufi saints Bulleh Shah and Shah Abdul Latif and the untold stories of Indian magic.

Sanjoy K. Roy, Managing Director of Teamwork Arts, producers of ZEE JLF at The British Library, said, “We are delighted to return to the British Library with another edition of the Festival, bringing together the best of writers from India and the world.”

University of Groningen: Vici grants for a total of four Groningen-based researchers