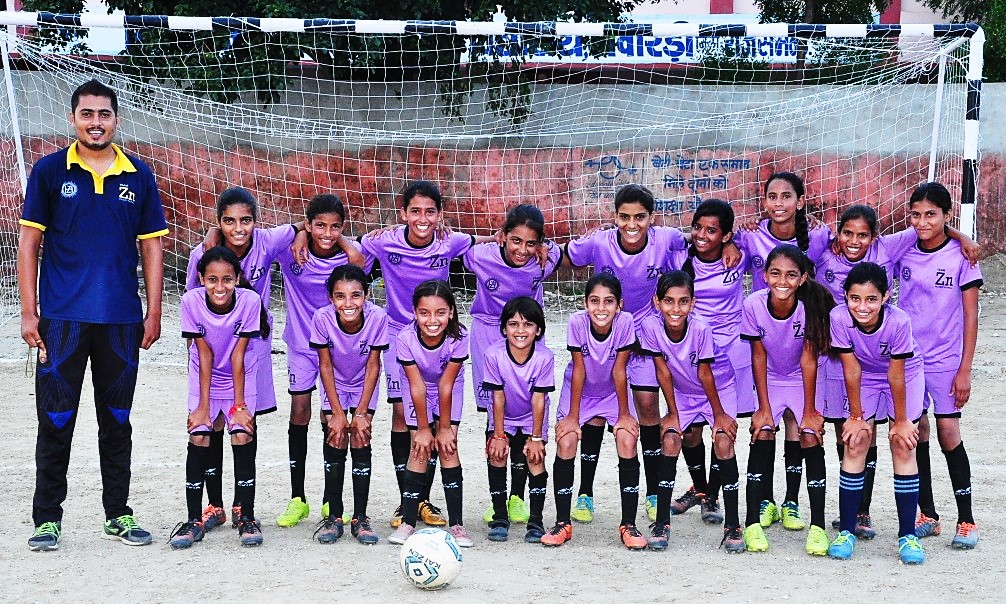 “Zinc Football Has Given Me The Opportunity To Pursue My Passion To Coach, Near My Village” – Virendra Singh

Udaipur: The 27-year old Zinc Football Coach, Virendra Singh, has changed lives of many children training under him. Belonging to a small village of Sewali in Rajsamand, that consists of not more than 500 families, Virendra had always shown immense passion for sports since the beginning. To chase his passion in sports, he pursued a degree in B.P. Ed. and accomplished his D License in Football Coaching from IIF.

His success story does not stand just at this. Besides being a highly qualified trainer, he is also the Santosh Trophy holder and West Zone gold medallist. Few of the teams coached under him have also competed at state and national levels.

Initially, Virendra was working in the B.N. College, Udaipur. Nothing ever came as a hurdle for Virendra during his coaching tenure. However, Virendra wanted to move back to his family in Rajsamand district, Dariba.

This is when, Hindustan Zinc, with its Zinc Football Project, came in as the answer to his concern. Today, Virendra trains students at Gawadi Football Training Centre, Rajsamand, along with two other coaches. He trains the students two hours every day, wherein they teach them the newer and advanced tactics to adopt in their game.

Every morning, Virendra and his subordinate coaches report at 9 am where they make a detailed action plan of the entire day that includes activity plans, diet/nutrition plans, football techniques plan, etc. This line of action is forwarded to the Zinc Football team for updates, modifications and reviews. These coaches, under the project are also provided with Exposure visits, trainings on the game, health and nutrition.

The teams of the students include both girls and boys with approximately, 15-20 girls and boys in their groups. In the Final Football Tournament that happened at Zawar, two of the girl players also won the title of Best Defender and Best Striker respectively.

“Hindustan Zinc has given me the opportunity to pursue my passion of coaching while staying in the vicinity of my 1-year old daughter. Now I can spend much more time with my family…”, said Virendra, as he glanced at his team.

The vision is to develop 10,000 football players in Rajasthan and in the next 3 years and emerge amongst one of the top 25 positions in football across the world.