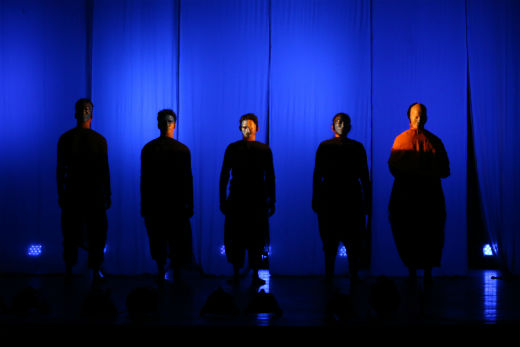 New Delhi: The Mahindra Excellence in Theatre Awards (META), a weeklong national theatre festival and awards programme which stages the best in theatre from across the country is calling for entries from theatre productions for its 13th edition to be held in April 2018. META confers awards across 13 categories, recognizing and celebrating various aspects of stagecraft including Stage Design, Lighting and Costumes apart from Best Play and Best Ensemble Cast and Best Director. The flavour of META lies in its diversity in terms of both themes and regions represented and the 13th edition seeks to continue this tradition.

Jay Shah, Head, Cultural Outreach, Mahindra & Mahindra Ltd. said “The Mahindra Group has always invested in the arts with the vision to nurture creativity and encourage passion. It gives us immense satisfaction to see the results of over a decade. META is not just a festival but an ongoing movement to recognize and salute the best of Indian theatre.”

Sanjoy Roy, MD, Teamwork Arts said, “The META journey has proved beyond doubt that there is an abundance of talent within the country. Over the years, META has served as a platform to showcase the best of Indian theatre and encourage creativity, resulting in a significant contribution to the country’s cultural landscape.”

The 13th META Festival is scheduled to be held from April 14 – 19, 2018 at New Delhi’s Kamani Auditorium and Shri Ram Centre along with a Red Carpet Awards Night on April 20, 2018 which will see the country’s leading luminaries from the world of theatre grace the occasion.

Theatre groups from across the country are invited to participate in the festival and compete for the awards which are the most comprehensive ones in Indian theatre. The deadline for applications is January 20, 2018. An advisory committee representing various regions of the country will recommend plays from their respective states, comprising the best of regional theatre. These plays will get direct entry to the META Selection Committee’s screening. This Committee, comprising eminent performing arts personalities, will then select 10 plays that will ultimately be staged in Delhi. The ten chosen entries in 13 award categories will be invited to stage their productions before a distinguished jury and general audiences in the Capital. Entries may be submitted online at http://metawards.com.
For the theatre fraternity across India, META is the definitive platform to showcase a range of talent and offers an opportunity to be seen on the national and, often, international stage. Apart from the prize money, the showcase in the National Capital and the red carpet awards ceremony for theatre professionals, it is the prestige associated with a META award that encourages various groups to participate every year. A large number of award-winning productions have traveled across the world after being recognized at META.