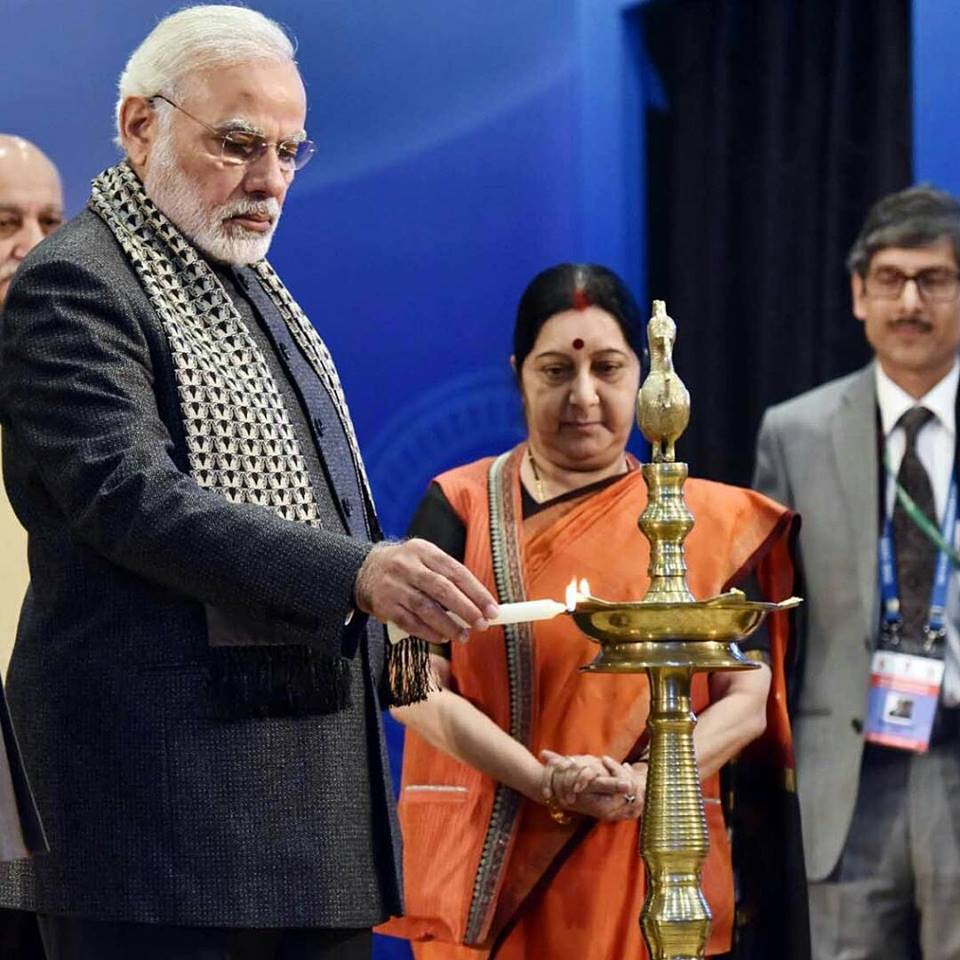 1st PIO-Parliamentarian Conference was inaugurated by Prime Minister of India

New Delhi: The 1st PIO-Parliamentarian Conference was inaugurated by Prime Minister of India, Shri Narendra Modi here today. Welcoming the delegates to the Conference, the Prime Minister said that while many people may have left India over the course of hundreds of years, India continues to have a place in their minds and hearts. The Prime Minister said that PIOs (Persons of India Origin) are like permanent ambassadors of India and partners for India’s development, who have an important position in the Action Agenda till 2020, drafted by the NITI Aayog.

Addressing the 2nd Plenary Session on ‘Resurgent India-Role of PIO Parliamentarians’, Shri Ananthkumar, Union Minister for Chemicals & Fertilizers and Parliamentary Affairs said that, “I am honoured to be here on the momentous occasion of the 1st PIO-Parliamentarian Conference and extend a warm welcome to all of you.”

At the outset, the Minister congratulated Union Minister for External Affairs (MEA), Smt. Sushma Swaraj for hosting this important and historic conference, where a Rainbow of Parliamentarians of Indian Origin from over 20 Democracies of the World gathered to share Parliamentary best practices and mutually enrich each other with their experiences.

Shri Ananthkumar stated that under the dynamic leadership of Shri Narendra Modi, India and the Indian Diaspora has found greater recognition and popularity among the Comity of Nations. This is evident from the unprecedented response received by the Prime Minister in every country that he has visited. Occasions such as this conference provide us with an opportunity to further strengthen and diversify our engagement with diaspora, the Minister added.

Elaborating the contributions of PIOs in different countries around the world, Shri Ananthkumar said that people of Indian origin have contributed considerably to the economy and social upliftment of the countries in which they lived. The Minister conveyed his sincere appreciation at how languages like Hindi, Bhojpuri, folklore such as Ramayana, literature from India, traditional cuisine etc. have not only survived but are flourishing in these countries. This was possible and achieved only because Indian migrants in these countries were determined to preserve their traditions, norms and customs. “All of you here are members of our extended family and bound by ties of history, emotional attachment, cultural affinities and kinship”, the Minister added.

Shri Ananthkumar called the gathering as a mini World Parliament of People of Indian origin. He congratulated the External Affairs Minister for laying a strong platform today by organizing todays summit on PIO Parliamentarians. Further, he stated that PIOs have achieved great heights in Politics and Governance in various countries and also become Heads of State which is a matter of great pride and happiness for 1.25 billion Indians here.

The Minister invited the august gathering of PIOs to partner in the development of their Motherland India. Flagship schemes of Government of India such as Skill India, Start up India, Stand up India, Make in India etc. provide a great opportunity for PIOs to partner in India’s resurgence as a global power, Shri Ananthkumar stated

The session also witnessed distinguished PIO Parliamentarians placing their experiences before the gathering and how they are still very much connected to their roots in India through the Principles of Peace and Harmony that they have imbibed from their ancestors. Other dignitaries who addressed the gathering included Shri M. Thambidurai, Deputy Speaker Lok Sabha and Shri D.K. Mulay, Secretary MEA.

Probationers of different railway services call on the President

Prime Minister to interact with leading economists and Sectoral experts