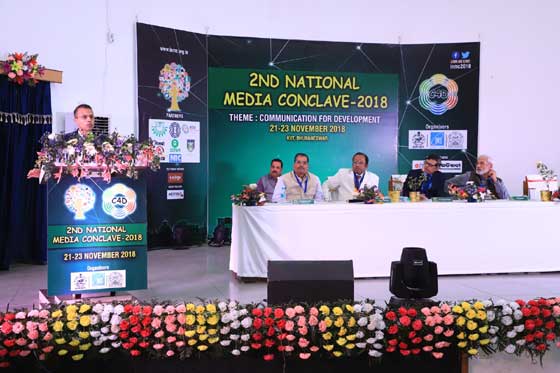 Bhubaaneswar: The 2nd National Media Conclave came to an end after the sixth Plenary session having the theme “Electoral Politics of Development in India (1947 – 2018) and beyond”.

Saikat Dutta spoke on how more funds were injected into the Indian economy after the adoption of Globalisation and Liberalisation by the Govt of India in the 1990s. He added the positive after effects of such an important decision & how development followed afterwards. Rahul Dev spoke on the importance of communicating in one’s mother tongue to connect to the regional masses for their development.