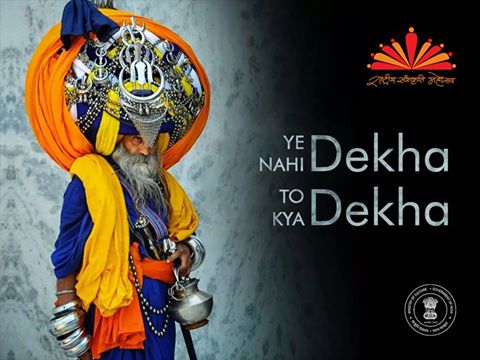 New Delhi: The Fifth ‘RashtriyaSanskritiMahotsav (RSM) – 2017’ is being organized in North Eastern Region of India by Ministry of Culture from 23rd to 31st March, 2017. The festival will be inaugurated at Parade Ground, Tawang in Arunachal Pradesh on 23rd March, 2017 and extend to other North Eastern states including, Dimapur (Nagaland) from 26th to 28th March, Majuli (Assam) from 27th to 29th March, Imphal (Manipur) from 27th to 29th March, Aizawl (Mizoram) from 28th to 30th March, Gangtok (Sikkim) from 28th to 30th March, Shillong (Meghalaya) from 29th to 31st March and Khowai (Tripura) from 29th to 31st March. The opulent Main Stage at Parade Ground in the open air stage area will exhibit cultural programmes from 23rd to 25th March in between 12:30 pm to 4 pm. The ninedays cultural extravaganza will be inaugurated by Governor of Nagaland and Arunachal Pradesh Shri PadmanabhaBalakrishna Acharya in the presence of Minister of State (Independent Charge) for Culture and TourismDr. Mahesh Sharma and Chief Minister of Arunachal Pradesh – ShriPemaKhandu as Guest of Honour.

The essential thrust of RashtriyaSanskritiMahotsav (RSM) is to present rich diversity and uniqueness of Indian culture and to promote the cultural inter-linkages amongst the states to strengthen National integration and also to bid the artists of other parts of the country with the people of North East in a single thread of culture. The Mahotsav was envisioned to preserve, promote and popularize the heritage and cultural diversity of Indian culture and reconnect the new generation with Indian culture.

The festival will showcase the spectacular diversity of India, from Kashmir to Kanyakumari and Gujarat to Bengal through folk, tribal and classical art forms in all its dimensions – dance, music, drama, puppetry, handicrafts and food. Exhibition on Buddhist art and tradition is also being organized at Parade Ground of Tawangon the occasion of RashtriyaSanskritiMahotsav to showcase the splendour and magnificence of the cultural sphere. Craftsmen from all over the country will display and sell handicrafts to the general public. Chefs of traditional delicacies from different regions of the country will treat the visitors to an unparalleled culinary experience.Day-long performances of traditional performers of fringe-folk arts like ‘Behroopiyas’, ‘Baazigars’, ‘KacchiGhori’, etc. will take place in the Parade Ground from 23rd March to 25th March, 2017. The inaugural ceremony will exhibit varied art forms like Buddhist Chant and Gung, Vedic Chanting, PuruliaChhou, Yoga, DholCholom and PungCholom, Sri Khol, BhorTaal, Ladakhi dance, Chakhesang music, Bonalo, Siddhi Dhamal and Godambaza.