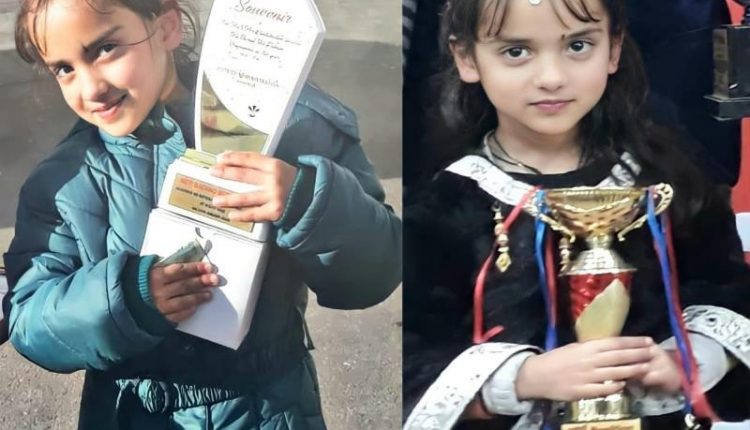 Hailing from a small Hatta Village here, Samradhi Sen sings so well that after becoming a local star, her song videos are getting thousands of hits online. Apart from her melodious and mesmerising voice, she can also play the harmonium.

She has already participated in several music programmes and auditions at this tender age. The girl has impressed many people and everyone is appreciating her talent.

Her first public performance was witnessed when she participated in Beti Bachao Beti Padao programme organised by ICDS Department, Kishtwar. For her amazing performance she was awarded by then DC Kishtwar. After that she participated in “Choona Hai Asman” organised by the District Police Kishtwar in which she was selected for District level singing competition. At the District Level competition which was held at Doda, she again qualified and got selected for state level competition.

In December 2019, she participated in Bhaderwah Talent Hunt organised by Smart City Foundation in which she represented Kishtwar through her melodious voice and there she was awarded by the Centeral Tourism Minister.

She has recently showcased her superb singing skills on the stage of “Choona Hai Asman -Season” organised by RPHQ Batote J&K at Doda whereat she performed in such a way that it earned her a standing ovation from the judges and the audience and finally she lifted the trophy.

She has also started a facebook page and YouTube channel wherein she uploaded her singing videos and tried to entertain the public during lockdown with he singing skills.

Her parents are pinning high hopes from her talent. “She is very keen to learn singing and harmonium playing and she is doing good in that too,” they said.

“Our dream is to see her become a professional singer and win a name for the nation as well as for Kishtwar district,” they added.