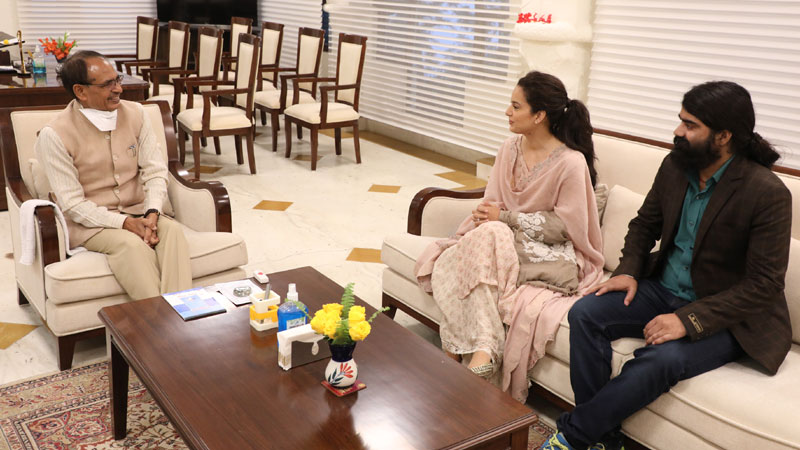 Chief Minister Shri Chouhan said that Beti Bachao Abhiyan is going on in Madhya Pradesh under which work is being done for the safety and dignity of women apart from the health and education of girls. Women have been benefited from various schemes. The production of the film on the subject of women empowerment is commendable. The Government of Madhya Pradesh has also made statutory provisions which ensure the safety and dignity of girls and women.

Sushri Kangana said that she likes Pachmarhi and Maheshwar in Madhya Pradesh. Active efforts are being made in Madhya Pradesh for tourism development. The Tourism department is concerned about the honour and convenience of their guests. The actress praised Chief Minister Shri Chouhan’s mission of women empowerment. Sushri Kangana said that the efforts being taken in Madhya Pradesh for women empowerment deserves praise. Good work is being done through women self-help groups in the interest of women. Steps taken to put legal restraints on luring girls and women into marriage and later harassing them are important.

Global skill park should be made of international standard; CM Chouhan conducts review and inspection

Punjab Government invites applications for appointment of Vice-Chancellor of Punjabi…

Punjab government declares list of 2823 candidates under recruitment against 3704…