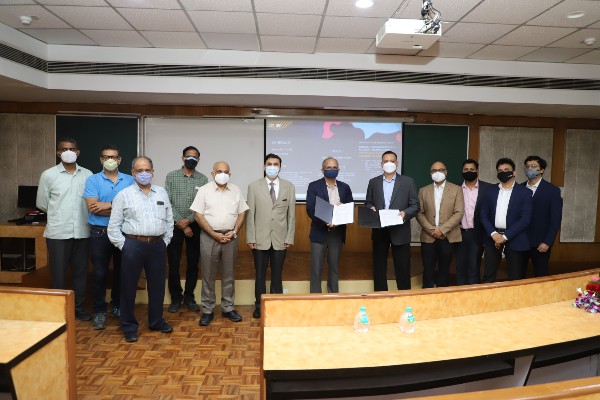 New Delhi: In another step towards further strengthening its position as one of the India’s finest research institutes in area of integrated electronic circuits and devices, IIT Delhi recently inaugurated Advanced Electrical Characterization Laboratory under the aegis of Central Research Facility.
Setup with an invested cost of INR 17 Crores (equivalent of US$ 2.3M), this laboratory will enable measurement of electrical performance of devices and circuits that are used in electronic equipment, such as mobile phones, space satellites, and quantum computers to name a few.
The facility will be accessible to various researchers of IIT Delhi as well as researchers from other institutions. IIT Delhi has also signed an MoU with Keysight Technologies India Pvt Ltd. to co-brand the lab.

Speaking on the occasion, Prof. V. Ramgopal Rao, Director, IIT Delhi said, “IIT Delhi has significantly enhanced its research infrastructure in the last few years in the areas of Nano fabrication, materials characterization, testing and prototype manufacturing. This electrical characterization facility established with partial support from Keysight Technologies India Pvt Ltd is a welcome addition to the existing facilities in this area. IIT Delhi is also keen to collaborate with Keysight Technologies and other industries in this area to further strengthen its research activities in this space.”
Mr. Sudhir Tangri, Vice President and India Country General Manager at Keysight Technologies said, “This advanced electrical characterization facility enables researchers to perform complex electronic measurements with the highest level of precision to minimize uncertainties. It will accelerate research in semiconductors, DC-RF, and noise characterization. Keysight is excited to be part of the innovation journey.”
The laboratory in-charge, Prof. Abhisek Dixit from the Electrical Engineering Department, IIT Delhi said, “We are now equipped to perform various types of electrical measurements on a wide variety of packaged and on-wafer devices in a broad range of temperatures from 4.2K to +300 deg. C with the highest levels of precision possible anywhere in the world”.