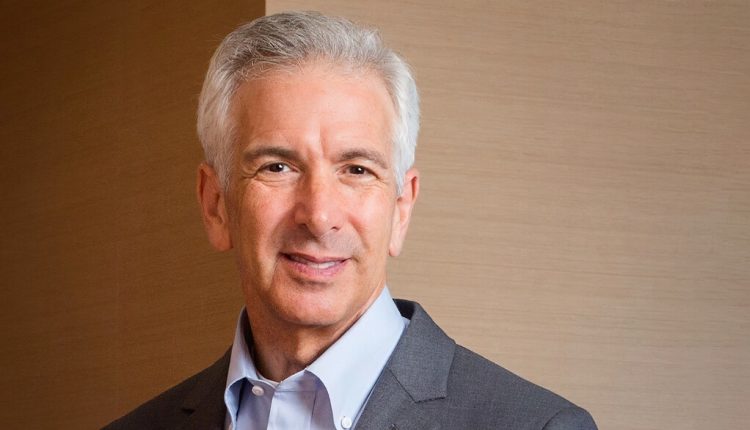 Fred Krupp ’75, a lawyer and environmentalist who has led the Environmental Defense Fund (EDF) for 37 years, has been elected to serve as an alumni fellow of Yale’s board of trustees, known formally as the Yale Corporation, in worldwide balloting of university graduates. He begins a six-year term on July 1.

Krupp’s approach to advocacy — focused on ambitious, practical solutions to the world’s toughest environmental challenges — has been remarkably effective. Under his stewardship, EDF has grown into one of the world’s most influential environmental organizations, increasing its members and activists from 40,000 to 3 million and raising its annual budget from $3 million to more than $250 million. Originally focused only on U.S. policy, it now works in 28 countries.

“Fred has led the way in providing practical, effective solutions to urgent crises around the globe, and his experiences will benefit Yale profoundly,” said Yale President Peter Salovey. “He has demonstrated an uncommon ability to forge innovative partnerships with businesses, nonprofit organizations, and other groups to effect measurable change. He also has a long record of engagement with our community, visiting campus frequently to speak with students, and serving on the Leadership Council of the Yale School of the Environment. I look forward to welcoming him to the board of trustees.”

Among EDF’s accomplishments during Krupp’s tenure: helping devise the 1990 Clean Air Act amendments that contributed to a 90% decline in acid rain; working with legislators to overhaul U.S. chemical safety laws; raising global awareness of the climate threat posed by methane pollution, resulting in a pledge by more than 100 countries to achieve a 30% reduction by 2030; and cultivating corporate partnerships to achieve climate goals, such as General Motors’ recent commitment to transition to manufacturing only electric vehicles.

Before EDF, Krupp helped found the Connecticut Fund for the Environment (now called Save the Sound), an advocacy group for environmental protection — the first organization of its kind in the state.

Krupp’s ability to create coalitions has been recognized widely. He served on President George H.W. Bush’s Commission on Environmental Quality and President Bill Clinton’s Council on Sustainable Development. In 2002, he received the Women’s Council on Energy and the Environment’s Champion Award; in 2014, an honorary doctor of letters degree from Haverford College; and, in 2015, the William K. Reilly Environmental Leadership Award. Donors have also endowed a scholarship in environmental studies in his name at the Yale School of the Environment.

He is also the co-author, with Miriam Horn, of The New York Times bestselling book “Earth: The Sequel: The Race to Reinvent Energy and Stop Global Warming,” published in 2008, and is an accomplished athlete, having won a gold medal in the 2006 World Rowing Masters Regatta sponsored by FISA, the international rowing federation.

Yale alumni vote each year to elect one new alumni fellow to the Yale Corporation, the university’s board of trustees. Candidates are selected from nominations submitted by alumni from around the world to the Alumni Fellow Nominating Committee, a standing committee of the Yale Alumni Association. The committee is composed of alumni from across the university’s schools and departments, the secretary of the university, and the vice president for alumni affairs and development.

In addition to Krupp, candidates this year included Jessica R. Herrera-Flanigan ’92, vice president of public policy and philanthropy at Twitter, and Daniel H. Weiss ’85 M.P.P.M., president and chief executive officer of the Metropolitan Museum of Art.

“This year’s slate was characterized by three excellent candidates, and I thank all of them for being willing to be considered and serve as trustees,” said President Salovey.

After earning his undergraduate degree at Yale, Krupp received his law degree in 1978 from the University of Michigan Law School. He lives in Connecticut with his wife.

Krupp has cited the influence of Yale Professor Charles Walker on his approach to leadership. As an undergraduate in Walker’s seminar, Krupp says he learned that when people and societies find common ground, they can solve the world’s hardest problems.

“It’s important now that higher education cultivate resilience, given this rapidly changing world and the increased uncertainty in our world,” Krupp has said. “Part of Yale’s mission has always been to produce leaders, and the world needs more leaders in all sectors working to make the world a better place.”

India Education Diary Bureau Admin Jun 4, 2022
Fred Krupp ’75, a lawyer and environmentalist who has led the Environmental Defense Fund (EDF) for 37 years, has…