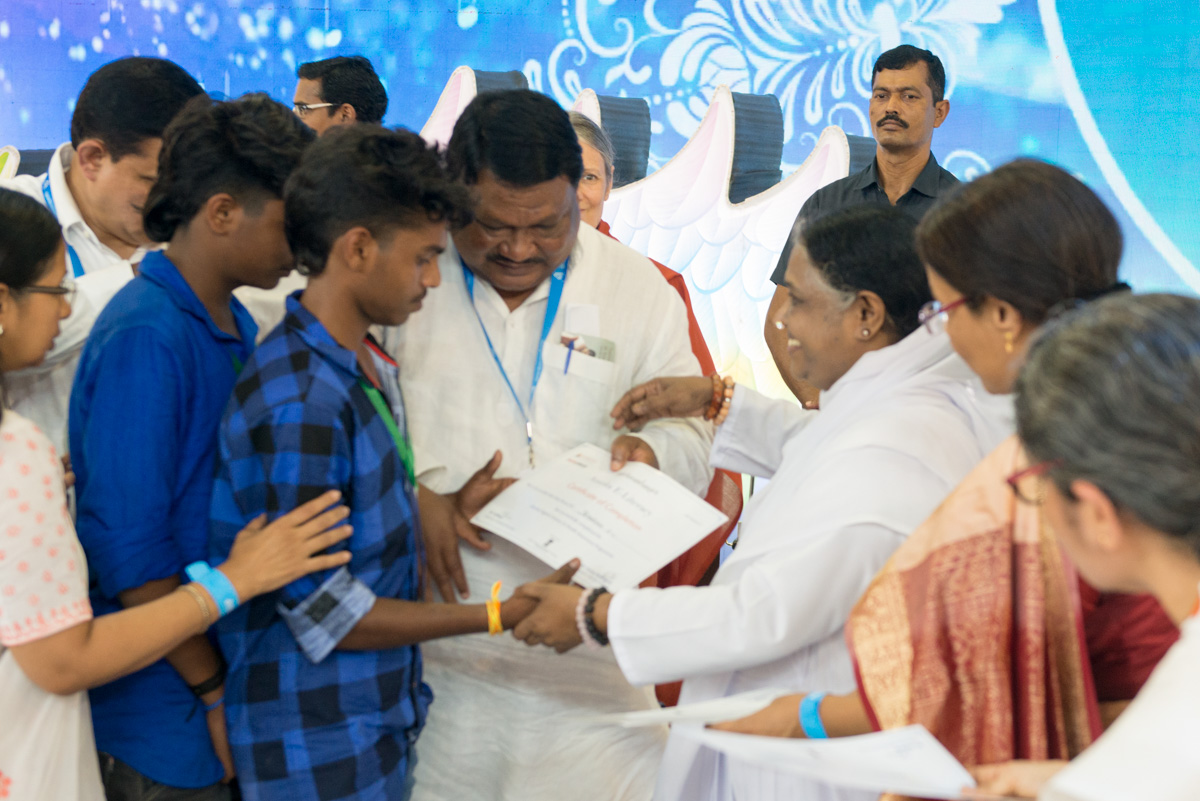 Kollam: Recognizing Amrita Vishwa Vidyapeetham’s outstanding work in uplifting tribal populations in the fields of education, health and e-literacy, the Ministry of Tribal Affairs, Government of India, has bestowed on it the title the title of ‘Centre of Excellence in Tribal Empowerment through Digital Inclusion (Amrita CoE-TEDI). The ministry also highlighted the distinctive work done by the university that led to the fulfilment of United Nation’s Sustainable Development Goals through its 101 adopted Amrita SeRVe villages.

Dr. Prema Nedungadi, Director, Amrita Center for Research in Analytics & Technologies for Education (Amrita CREATE), Amrita Vishwa Vidyapeetham, said, “Amrita is honoured to have been given this distinction by the Tribal Ministry. Our immediate plans are to understand baseline data and the impact of technology in areas such as digital literacy, oral-contraceptive use, oral hygiene, micronutrient deficiencies, digital safety, antenatal-health monitoring, and vaccination, as well as with our Adolescent Ambassadors for Awareness programme. We have also already completed awareness training in the dangers of substance abuse to 1,000 tribal students.”

Dr. Venkat Rangan, Vice Chancellor, Amrita Vishwa Vidyapeetham, said, “It is an honour to receive this recognition from the Ministry of Tribal Affairs. Chancellor Mata Amritanandamayi Devi’s vision and service to the most impoverished remote and rural areas of the country has paved the way for this. We expect this multi-disciplinary collaboration to impact more than 9,000 beneficiaries in the next few years at the grassroots level, and culminate in policy changes at the highest level.”

Amrita Vishwa Vidyapeetham and its parent organization, the Mata Amritanandamayi Math, have a long history of projects aimed at uplifting India’s tribal population. In 2008, the Math was presented with a the NLM-UNESCO Award for Adult Literacy in recognition of its outstanding contribution to adult education via its Jan Shikshan Sansthan programme in Sivakasi, Tamil Nadu. The Math has run a similar JSS programme in Idukki, Kerala, since 2003. Under the two programmes, thousands of tribals have been educated and given vocational-technical training. The Math also runs the Amrita Kripa Charitable Hospital in Wayanad that provides free health-care services to the tribal population.