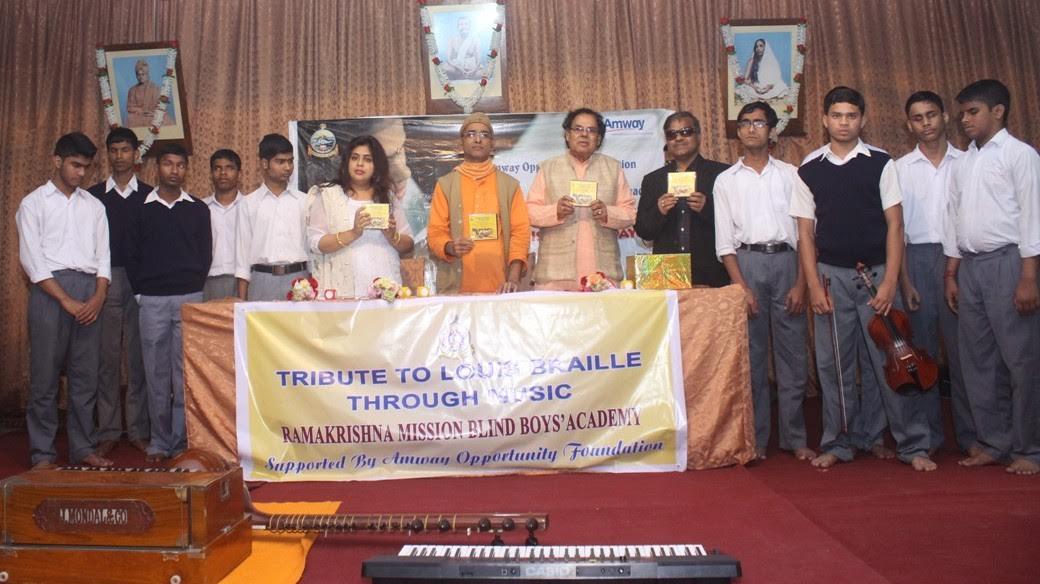 RWTH: Bringing Together Suppliers and Users of Sustainable…

May 14, 2022
Amway under the National Project for the Visually Impaired, has taken various initiatives to support the cause of visually impaired including:-
Amway has supported more than 85,000 visually impaired children with Braille textbooks across 12 States.
Amway has been providing computer training to the visually impaired since 2008, and has set up 15 computer centers across the country.  A total of 1000 visually impaired individuals are getting benefited at the Amway supported computer centers.
Amway has also set-up 2 audio libraries in Indore and Madurai; launched a travel and tourism course in Kolkata; set-up a BPO in Madurai, set-up a Braille Library in Bangalore; set-up music academies for the visually impaired in Chandigarh, Raipur and Guwahati.
Amway has supported the program digitizing class XIIth educational material for National Institute of Open Schooling (NIOS), as well as select graduation and post-graduation educational material for Delhi University, Mumbai University and Hyderabad/EFLU University, which is helping different abled especially visually impaired students across the country.
Amway’s commitment to educate the visually-impaired, led Amway to launch an Android-based application ‘Accessible Reader’, which leverages available text-to-speech engines and makes it convenient for the visually impaired to read digital documents.
Share FacebookTwitterGoogle+ReddItWhatsAppPinterestEmail