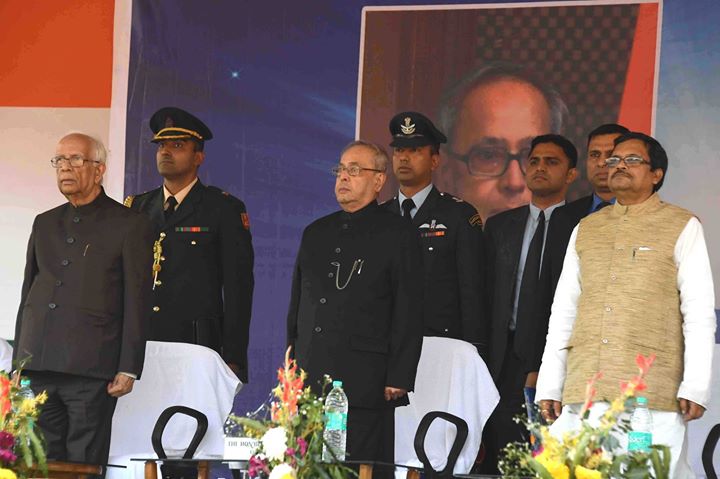 May 17, 2021
Speaking on the occasion, the President called upon the students to uphold the values of our civilization through the attainment of education. He appreciated the effort by Jhalda Satyabhama Vidyapith to mark its Centenary by setting up a museum on the freedom struggle on the occasion of its centenary. He paid homage to five young men of this area who, inspired by revolutionary patriot, Satya Kinkar Dutta, laid down their lives in the freedom struggle. The President said these martyrs who made the supreme sacrifice for our independence must be saluted. People should be educated about their sacrifice and also, about the Chuar uprising, a glorious chapter in our struggle for freedom whose epicentre was Jhalda.
The President quoted Swami Vivekananda, and said the aim of education is to become a real man. He urged students to have a common goal of attaining education and to uphold the qualities of tolerance, determination and honesty. He said they would hold thereby the flag of our great civilisation high.
Share FacebookTwitterGoogle+ReddItWhatsAppPinterestEmail