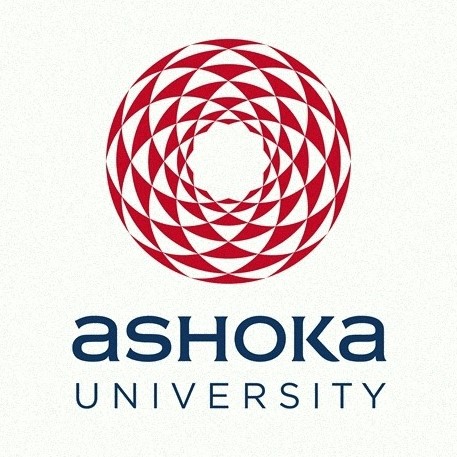 Sonepat: The Young India Fellowship (YIF), a one-year postgraduate programme in Liberal Studies at Ashoka University, today announced the first call for applications for the eighth batch from 25th August, 2017 onwards. Started in 2011, this unique programme has become one of the most sought-after programmes in India, fostering academic, social and business leaders of tomorrow through a multidisciplinary liberal education.
The admission process is split into two rounds. The first round of admissions will begin on 25th August, 2017 and will close on 17th December, 2017. The second round of admissions will begin on 18th December, 2017 and end on 4th March, 2017. The selection process for the Young India Fellowship includes an application assessment, interview on the telephone, a comprehension test and a personal interview.
Candidates who are screened through application assessment, will be interviewed over the telephone about the information furnished on their application. The last stage would include a comprehension test followed by a personal interview. Final selection will be based on the cumulative score of all the three rounds. The final offers to selected candidates for the first round will be between February 1- March 25, 2018 and for second round will be between 26 March- June15, 2018. The Programme begins on 16th July, 2018.
With an objective of providing world class education, the programme is delivered in collaboration with some of the most reputed names across the globe, such as University of Pennsylvania’s School of Engineering and Applied Sciences (SEAS), Carleton College, University of California Berkeley, University of Michigan, King’s College London, Trinity College Dublin, Sciences Po Paris, Yale University and Wellesley College. YIF offers full and partial scholarships to successful applicants and there is no fee for applying to the programme.
The strength of the cohort has seen substantial growth in last seven years, with an increase in the number of applicants every year. Starting with 100 Fellows in 2011, the present batch has 283 Fellows from diverse academic fields such as Engineering, Humanities, Sciences, Business and Law.

Children from Sundarbans, West Bengal create a first of its…

Eligibility
The YIF programme is open to:
• Those with a recognised undergraduate or postgraduate degree
• Those who are no more than 28 years of age on 31st May, 2018

Interested applicants can apply on www.youngindiafellowship.com .
The YIF Class of 2017 was an eclectic group of Fellows whose achievements shone brightly across diverse fields. Some of the accomplishments among several others include that of Samarth Mahajan whose paper titled “Is Neo Liberalism Catalysing Fundamentalist and Racist Conflicts”, was published in the Indian Journal of Society and Politics. He is also the Director of “Unreserved”, a documentary that portrays the lives of people traveling in the general compartment of the Indian Railways, which received extensive media coverage upon its release in 2017. Joanna Korey’s paper, titled “The Crisis of Democracy”, was published in Yale Global. Jeeva Mathew was the Campus director for the first ever Hult Prize at Ashoka University and represented Ashoka at Hult regional finals at Dubai, where he also promoted the AIM Smart City Program of Centre for Entrepreneurship, Ashoka University and was successful in bringing in international applicants for the first time.
About the Young India Fellowship Programme:
The Young India Fellowship now forays into its seventh year and has rapidly become one of the most sought-after programmes in India. The one-year multidisciplinary courses that the Fellows study at YIF, complemented by the Experiential Learning Module (ELM) allow them to think critically from various perspectives and skills to apply this understanding in the workplace. We help them become problem-solvers with the ability to identify challenges, grasp the bigger picture and effectively communicate clear and concise solutions. YIF alumni are making their mark in some of the top organisations across public, private and social sectors. They can be found at leading multinationals such as BCG, The Gates Foundation, McKinsey, Microsoft, STAR TV, TIME Magazine, and the World Bank. In India, acclaimed organisations like Avendus Capital, Cipla, Genpact, Goonj and Teach for India count Ashoka alumni among their ranks. Those interested in furthering their education have gone on to premier global research universities like Cambridge, Harvard, Oxford, Princeton, Stanford and Yale, and been awarded prestigious scholarships, such as the Chevening, Commonwealth, Fulbright and Rhodes Scholarships.
The YIF alumni body is presently 852 in number. Often, the success of an institution is judged by the success of its students. Over 120 alumni of the YIF (or 19% of the class) has gone to study abroad and members of this group are currently studying in six out of the eight Ivy League institutions in US and in other top Universities all over the world including Stanford, Oxford and Cambridge. Our alumni are recipients of top scholarships and fellowships such as the Fulbright, Chevening, Rhodes, Commonwealth, German Chancellor, Eiffel, Charpak and Echoing Green Fellowship. 9% of our alumni (56 of them) have become entrepreneurs having founded enterprises and 23% of our alumni are in the development and education sector. There are 3 IAS officers amongst our alumni and a number of them are working with top leaders in corporates. Our alumni are influencing change and making a difference wherever they work.