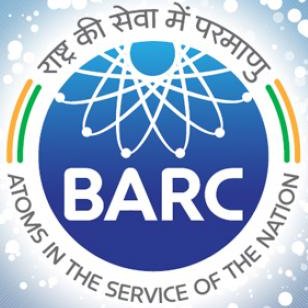 New Delhi: Union Minister of State (Independent Charge) Development of North Eastern Region (DoNER), MoS PMO, Personnel, Public Grievances, Pensions, Atomic Energy and Space, Dr.Jitendra Singh has lauded the Bhabha Atomic Research Centre (BARC) Mumbai for developing Eye Cancer therapy in the form of the first indigenous Ruthenium 106 Plaque for treatment of Ocular Tumours. The handling of plaque is very convenient for the Surgeon and it has been acknowledged to be at par with the international standards.

Pertinent to mention that in October last year, Chairman cum Secretary, Department of Atomic Energy (DAE), Dr K N Vyas had held a detailed discussion with MoSIncharge Atomic Energy Dr Jitendra Singh regarding the feasibility of developing this regimen of Ophthalmic patches by the Department of Atomic Energy. Following this, on the intervention ofDr.Jitendra Singh, the Department of Atomic Energy entered into collaboration with Dr.Rajendra Prasad Centre for Ophthalmic Sciences, All India Institute of Medical Sciences (AIIMS), New Delhi. Later, AIIMS, New Delhi agreed to use the Plaque developed by the Bhabha Atomic Research Centre (BARC) for Eye Cancer treatment and it was in September 2020 that it was used for the first time for the treatment of a patient with Choroidal Hemangioma and the results proved to be satisfactory.

According to Dr.Atul Kumar, Professor and Head of Dr.Rajendra Prasad Centre for Ophthalmic Sciences, AIIMS New Delhi, so far the BARC plaques made in India through the Department of Atomic Energy have been used for seven cases for Ocular Cancer, out of which two were Retinoblastoma, two were Choroidal Melanoma, two Ocular Surface Squamous Neoplasia (OSSN) and one case of Choroidal Hemangioma. The Plaque handling is very much Surgeon-friendly and the preliminary results are very satisfactory, according to him.

Commenting on this breakthrough, Dr.Jitendra Singh said, in the last five years or so, the Department of Atomic Energy has sought to further diversify its activities and applications for the benefit of common citizens. He said, developing indegenous Plaque Brachytherapy for Eye Cancer patients is also one such latest initiative in the area of medical management. This treatment modality has provided a simpler and cost-effective option for the patients, he said.

Meanwhile, Dr.Jitendra Singh informed that the Boroah Cancer Hospital in Guwahati, Assam has been co-opted with the Tata Memorial Cancer Hospital, Mumbai which functions under the aegis of the Department of Atomic Energy. The North Eastern Region’s first ever DM and Mch Super Speciality courses in Oncology/Cancer have also been started in this institute, he said.

The Department of Atomic Energy is also contributing in other areas like, for example, the Bhabha Atomic Research Centre (BARC) is developing Bullet Proof Jackets for security personnel and in the Agricultural sector, radiation techniques to extend shelf life of vegetable and food products are being applied.