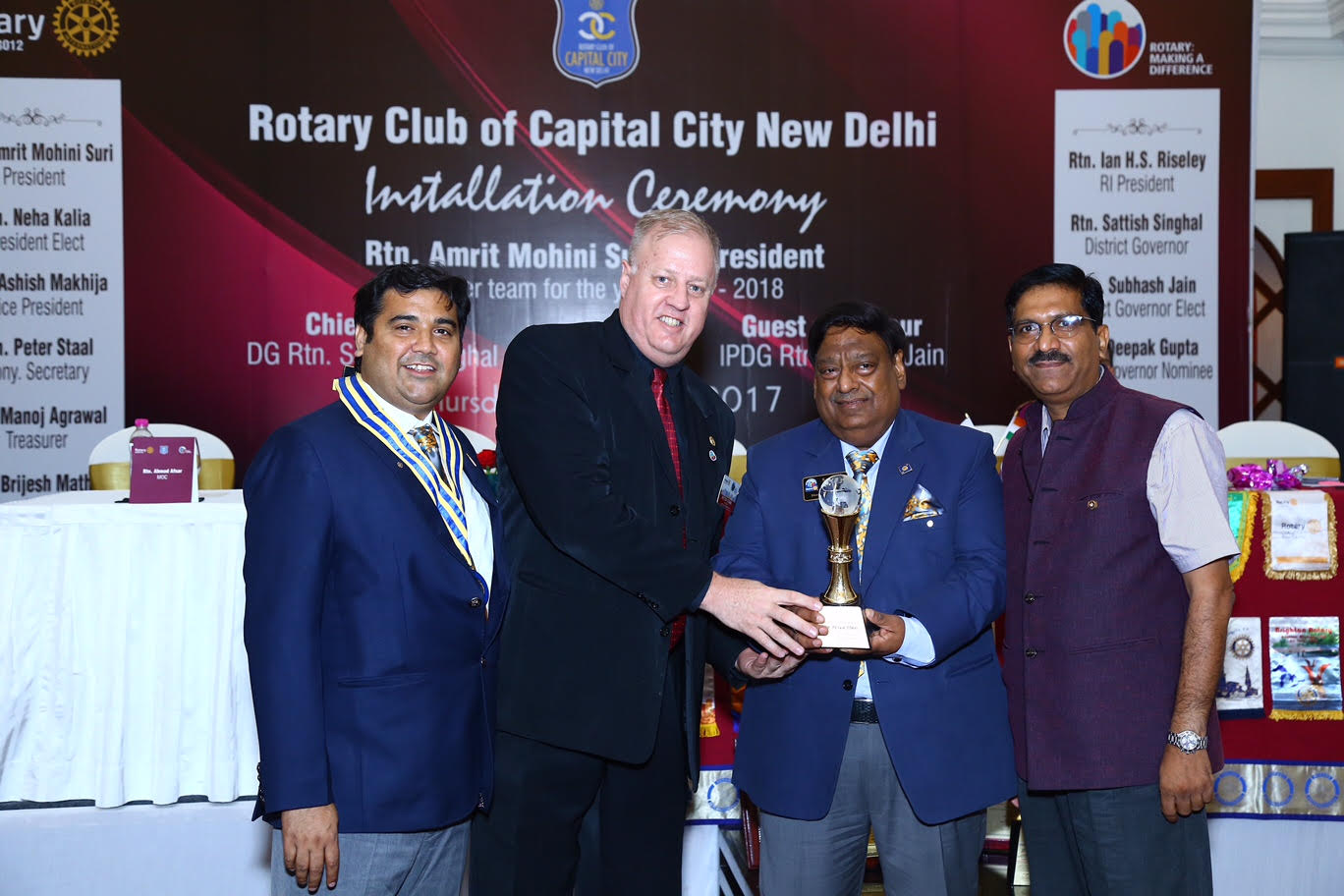 New Delhi: Rotary Club of Capital City organised it’s thanksgiving for the year 2016-17 and Installation ceremony of its new President Rtn Amrit Mohini Suri and her team for the year 2017-18 in a high profile ceremony at Vivanta by Taj, Sujan Singh Park, New Delhi on 20th July, 2017 wherein District Leaders DG Rtn Sattish Singhal, IPDG Rtn Sharat Jain, District Treasurer, District Secretary, Assistant Governor of our Zone and other District guests and members were present.The event was started by IPP Brijesh Mathur by presenting the token of appreciation to the District Dignitaries and later on to club members. Rtn Peter Staal an Australian National was adjudged as the Best Rotarian of the Club and the best debutant Rotarian award was jointly shared by Rtn Lalit Joshi and Rtn Neeraj Digani.

RUDN: Scientists Reveal the Water Column of the Yamal Lakes…

The club also conducted its Installation ceremony wherein Rtn Amrit Mohini Suri was installed as a President, Rtn Peter Staal as Secretary and Rtn Manoj Agrawal as Treasurer. The interesting fact is that this year the Rotary International President is an Australian and this club’s secretary is an Australian and its the only club in the district wherein this has happening.

The club for its activities in the year 2016-17 has been awarded as Elite Club of the District with Elite President and Platinum Secretary. Moreover, Rtn Brijesh Mathur president of the club for the year 2016-17 was awarded as Best President of the District. Rtn Brijesh Mathur wish the new team all the best for its future endeavour towards the community.

Setting UP of a High Altitude Cloud Observatory Near Munnar, Kerala

RUDN: Scientists Reveal the Water Column of the Yamal Lakes Can Be a Microbial Filter

RUDN: Scientists Reveal the Water Column of the Yamal Lakes Can Be a…