The Indian culture has manifested in various realms across Asia and beyond. Government of India has taken a number of initiatives to disseminate Indian Culture across the world which inter alia includes signing of multilateral and bilateral agreements on cultural relations, promotion of Indian culture through Festival of India in foreign countries, providing assistance to Indo Foreign Friendship Cultural Societies in foreign countries for cultural activities. Various activities taken up in the financial year 2016-17 include holding of Festival of India in 18 countries, sanction of an amount of Rs 11.56 crores to Indo-Foreign Friendship Cultural Societies in foreign countries, Signing of Agreements on bilateral cultural relations with 7 countries etc.

The Indian Council for Cultural Relations which is also mandated to foster and strengthen cultural relations with other countries has sponsored 166 groups from India during the last one year to 88 countries. They have established 37 Indian Cultural Centres in various countries to promote Indian Culture abroad.

This information was given by Dr. Mahesh Sharma, Minister of State for Culture and Tourism (Independent Charge) in a written reply in Lok Sabha today. 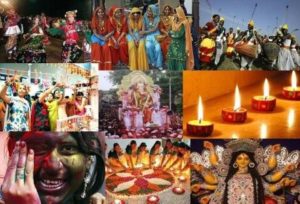