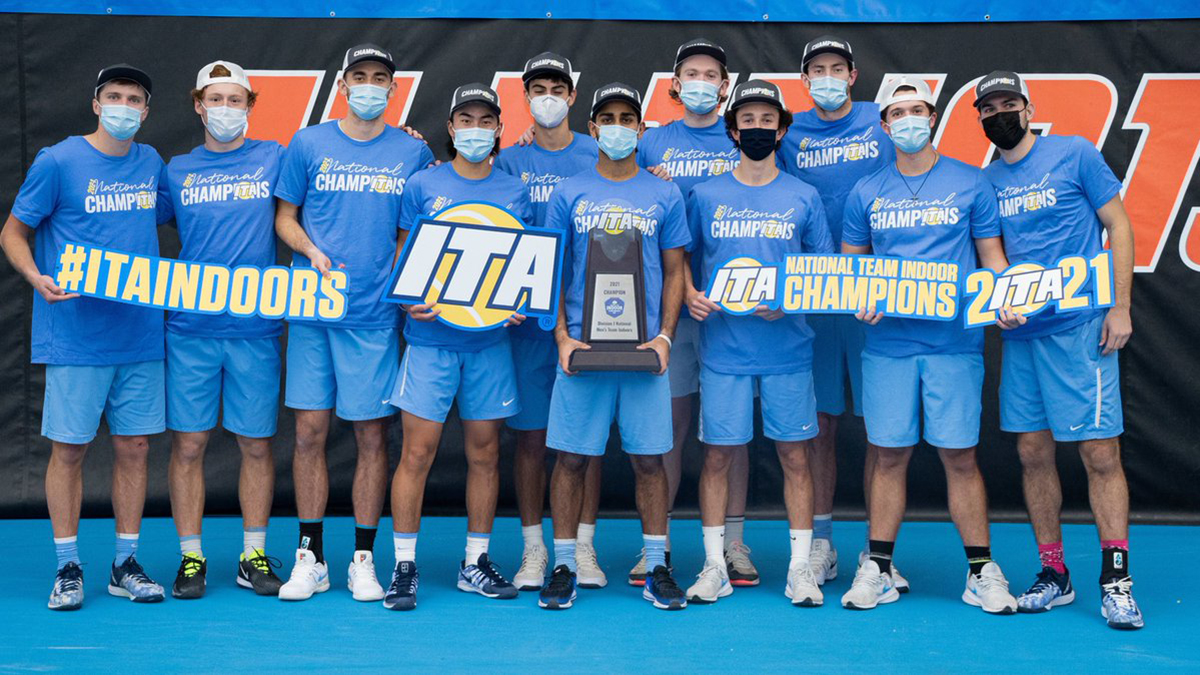 Brian Cernoch won the clinching singles match for the second day in a row as Carolina beat Baylor, 4-1, in the title match of the ITA Indoor National Championships on Sunday night.

“We’re just very joyful and very grateful for the opportunity to compete with these guys, I think we all missed this,” head coach Sam Paul said after the match. “I’m so proud of my guys and happy for this group of seniors especially.

“These guys have been in so many big moments for us and done such incredible things,” Paul continued. “I’m so happy for them that they now have a national championship. I think that’s one reason Will [Blumberg] came back. He had many opportunities not to come back, and the same thing for all of these guys. For Will, Simon [Soendergaard], Josh [Peck] and everyone to commit to come back and be part of the experience again is amazing. It’s a different thing to coach fifth-year seniors, we’ve never done that before. I am so happy for them for everything they’ve given to this program.”

Sunday’s match marked the third meeting between Carolina and Baylor, all in the ITA Indoor National Championships. In 2008 in Seattle, Carolina beat No. 3 Baylor 4-3. In 2019 in the round of 16 in Chicago, the Tar Heels swept the Bears, 4-0.