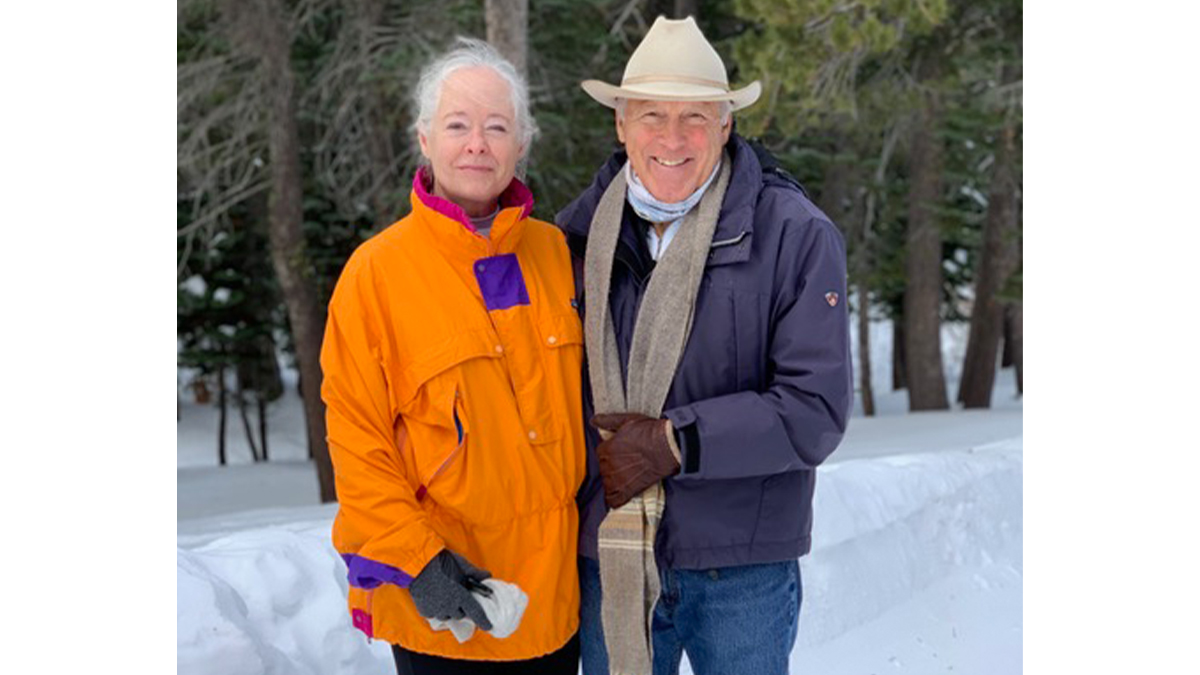 A major gift from Nancy, ’74, and Doug Abbey will foster meaningful public discourse about the most pressing issues of the day. Their $8 million investment establishes the Abbey Speaker Series in the Program for Public Discourse in the College of Arts & Sciences at the University of North Carolina at Chapel Hill.

The inaugural Abbey Speaker Series event will be a virtual panel discussion on Feb. 23, “Defining Racial Justice in the 21st Century: Competing Perspectives and Shared Goals.” Anyone can register to attend the free events offered through the Abbey Speaker Series.

With an $8 million total investment, the Abbeys’ gift creates another opportunity for the University to fortify its commitment to promoting democracy.

“At Carolina, we prepare students to think critically about complex issues and find solutions to the world’s most pressing problems. This commitment is more important now than ever,” said Chancellor Kevin M. Guskiewicz. “We are grateful to Nancy and Doug for creating more opportunities for our students to practice civic engagement and challenge assumed perspectives. The Program for Public Discourse brings together thought leaders from across political and intellectual divides to debate the critical issues of our day. I believe their gift will help our students thrive as engaged, thoughtful citizens and leaders.”

Four times each year, the Abbey Speaker Series will bring noteworthy scholars to campus — as individuals, in pairs or on panels — to share their perspectives about timely issues while fostering dialogue with others who think differently about the topic.

“We embrace the notion that one comes to a more sophisticated, thoughtful, reasoned and successful resolution to a complex issue if there is more diversity of thought brought to bear on the issue,” said Nancy Abbey. “Imagine if every student experienced a welcoming atmosphere in which to express their educated opinion on a subject, where dialogue, debate and listening are valued.”

“This gift from the Abbeys recognizes a deep commitment to supporting a healthy culture of discourse and reasoning inside and outside the classroom,” said Terry Rhodes, dean of the College of Arts & Sciences. “We are deeply grateful to the Abbeys for the resounding vote of confidence in the Program for Public Discourse and its commitment to establishing the speaker series as a permanent fixture on campus.”

There have been six-speaker series events since the Program for Public Discourse launched in 2019. Each event has generated interest among undergraduates and other Carolina community members — with more than 430 registrants for the most popular event, a virtual discussion about fostering dialogue and friendships across the political aisle, featuring legal scholar and political philosopher Robert P. George and philosopher, political activist, social critic and author Cornel West.

SKKU: SKKU ranked 1st in the Times Higher Education (THE)…

In addition to the speaker series, the Program for Public Discourse offers curricular and other extracurricular opportunities for students to practice and investigate public discourse in a cooperative, experiential learning environment. The program also offers faculty consultations and classroom workshops to instruct faculty on how to teach these deliberative skills, encourage civic engagement and use structured advocacy, rhetoric and dialogue in the classroom.

“The Program for Public Discourse is informed by the belief that robust deliberation is a precondition to democratic culture. Thus, only by working with students on how to engage in robust deliberative practices do we prepare students to act as civic agents and ensure the continuation of American democracy,” said Program for Public Discourse faculty director Sarah Treul, a Bowman and Gordon Gray Distinguished Term Professor of Political Science.

“Doug and I believe in public education and that there is no better place than Carolina to model this behavior and develop a Program for Public Discourse that has the potential to impact global decision-making for the better,” said Nancy Abbey.

The Abbeys’ investment is the second-largest gift to date for any of the College’s four signature initiatives in the Campaign for Carolina. It brings the College to $579 million toward its campaign goal of $750 million. The University-wide campaign launched in October 2017 and supports Carolina Next: Innovations for Public Good, the University’s comprehensive strategic plan.

Meet Nancy and Doug Abbey
Nancy Abbey, a member of the Chancellor’s Philanthropic Council and the Carolina Women’s Leadership Council, and Doug Abbey, a former Parent’s Advisory Board member, are longtime champions of Carolina. Prior to their most recent gift, they have provided support for faculty, vital unrestricted and emergency support for students, innovative teaching and student support services.

After graduating from UNC-Chapel Hill, Nancy earned an MBA from the Haas School of Business at the University of California, Berkeley. She serves on the Board of the Nantucket Historic Association and on the advisory board of Nest, a nonprofit organization building a new handworker economy to increase global workforce inclusivity, improve women’s well-being and preserve important cultural traditions around the world.

In addition to her current and former roles on numerous advisory boards at Carolina, Nancy has served as a board member at the Grabhorn Institute, a nonprofit organization committed to preserving and perpetuating the use of the last integrated type foundry, bookbinding and letterpress printing facility in the United States as a living museum and education center.

Doug holds a B.A. from Amherst College and a master’s in city planning from UC Berkeley’s College of Environmental Design. He is the chairman of Swift Real Estate Partners, which he joined in 2012. Prior to Swift, Douglas co-founded two investment management organizations: AMB Property Corp., now the largest global industrial real estate investment trust; and IHP Capital Partners, a provider of equity to the single-family home building industry. He is a leader in a number of nonprofit organizations related to affordable housing and land use issues.

The Abbeys have three children, Robert, Katherine and Graham ’15.

SKKU: SKKU ranked 1st in the Times Higher Education (THE) among private universities…