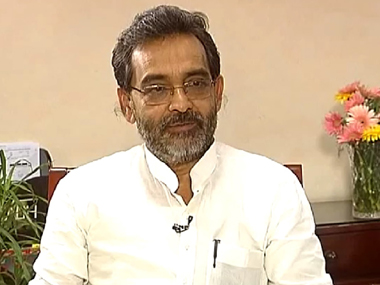 New Delhi: The Central Government supports State Governments and UT Administrations for creation and augmentation of infrastructural facilities, including playgrounds, in government elementary and secondary schools under Sarva Shiksha Abhiyan (SSA) and Rashtriya Madhyamik Shiksha Abhiyan (RMSA) programmes. The requirement of infrastructural facilities in schools are worked out every year by the respective State and Union Territory on incremental basis depending on their need and priority and this is reflected in their Annual Work Plan and Budget (AWP&B).

The Schedule to Right of Children to Free and Compulsory Education (RTE) Act, 2009 lays down the norms and standards for a school building. A school building has to be an all weather building comprising, inter alia, playground facility. As per Unified District Information System for Education (U-DISE) 2015-16, 54.94% Government elementary schools and 78.02% Government secondary schools have playground facility. Further, to address the issue of shortage of playgrounds in schools, an advisory has been issued that schools that do not have playgrounds, may make adequate arrangements in an adjoining playground, municipal park etc., for children to play outdoor games and other physical activities.

There is an inbuilt system for creating sports facilities for students in Kendriya Vidyalayas. As and when a building for Kendriya Vidyalaya is constructed, a provision is kept for developing sports infrastructure/playgrounds as per the local need and the land availability. Also, in Jawahar Navodaya Vidyalayas, play facilities such as Running Track, playfield, Basketball field, Kho-Kho etc are provided.

The Central Board of Secondary Education (CBSE) has also included provision of playgrounds in its Affiliation Bye laws. As per clause 3.3 (ii) (a) of the Affiliation Bye laws, it is laid down that “the School/Society/Trust/#Company registered under section 25 of the Companies Act, 1956 or the Congregation or other Religious Body controlling the Society/Trust/# Company registered u/s 25 of the Companies Act, 1956 managing the school must have about two acres (or as otherwise permitted measurement) of land and a building constructed on a part of land and proper playgrounds on the remaining land.” As per clause 8.6 of the Affiliation Bye laws, “the School should have adequate facilities for providing recreation activities and physical education as well as for conduct of various activities and programs for developmental education and for the social, cultural and moral development of the students and for safeguarding their health.” As per clause 8.7 of the CBSE Affiliation Bye laws, the school should have the following sports facilities as (i) adequate ground to create outdoor facilities for a 200 metre track; (ii) adequate land for kabbadi and Kho-Kho; and (iii) facilities for playing Volleyball.

This information was given by the Minister of State (HRD), Shri Upendra Kushwaha today in a written reply to a Rajya Sabha question.

UPMC: UPMC Identifies the Four Most Pressing Health Needs in all the Communities It Serves along with Action Plans to Address Them