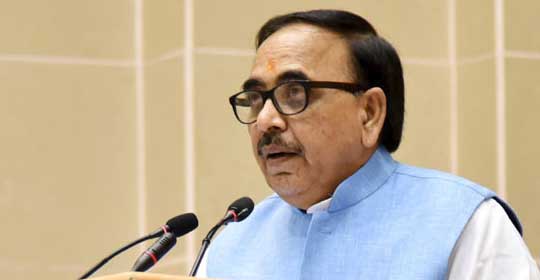 New Delhi: Rajya Sabha today passed the Indian Institute of Information Technology Public Private Partnership (IIIT-PPP) Bill 2017. The bill has already been passed in Lok Sabha. Today in Rajya Sabha Dr. Mahendra Nath Pandey, Minister of State (HRD) told that this bill is required to grant degrees to the students IIITs set up in PPP mode. It will also grant statutory status to the fifteen IIITs established in PPP mode and declare them Institutes of National Importance. The salient features of the bill are as follows:

· IIITs in PPP mode has the concerned State Government and industry partners as stakeholders and, therefore, have a different governance structure, including composition of Board of Governors, nomination of Chairman, appointment of Director, etc. It is also supposed to be self-sustainable within 5 years of commencement and, therefore, needs to have appropriate financial process in place.

› The Guiding Principle – Provide autonomy to the Institutes but at the same time maintain a fine balance between autonomy and accountability of the IIITs in PPP mode.

· The approved project cost of each IIT-PPP is Rs 128 crore to be shared among the Centre, State and industry partner(s) in the above ratio. In addition, Rs 10 crore to be provided by the central government for recurring expenditure.

· Total 15 started so far and covered by the Bill:

· Inter-ministerial, including Finance and Law

· Draft Bill was uploaded on website and comments were invited.

· Intensive consultation with all stakeholders (concerned State Governments, industry partners, Chairpersons and Directors of the Institutes) on 23rd December 2016

› Some important provisions of the Bill

· Expected to contribute towards research labs and projects, internship, faculty chairs etc. from time to time.

· Students to do research projects with Industry professionals as mentors.

· Faculty to have sabbaticals for short period with industry.

· Sponsor PhDs. For employees of Industry.

· To provide inputs on course curriculum

· The Board of Governors shall be the principal policy making and executive body (In case of centrally funded IIITs/ IITs/ NITs, important policy decisions are taken by the IIIT Council).

· All members, other than the Chairperson and nominees of Central / State Govt. and Industry Partners, shall be appointed by the Board (unlike centrally funded IIITs in which IIIT Council nominates 4 members to the BoG).

· The Chairperson shall be nominated by the Visitor.

· The BoG has the power to grant degrees, diplomas, fellowships and scholarships.

· BoG has to put in place policies to make the institute self-sustaining in 5 (five) years.

· The Board has the power to conduct enquiry against the Director (S. 23).

· The process of appointment of Director is initiated by the Board itself.

· Chairperson of BoG is also the Chairperson of the Search-cum-Selection Committee (ScSC) (In Central Government funded IIITs, chairperson of ScSC is separately nominated by the the Minister of HRD).

· Two other members of ScSC to be nominated by the Board itself from amongst eminent technocrats, industrialists, administrators, educationists, scientists, etc. (In centrally funded IIITs, one eminent person is nominated by the Minister, HRD).

· Visitor is the approving authority.

· It has only coordination and advisory role and not of policy making (unlike centrally funded IIITs which also have policy making role).

· Directors of all institutes are members

· Representations provided by rotation- Four each from State Govts., Chairpersons of IIIT PPP and Industry Partners- to keep it at a reasonable size.

· The Central & State Govts. both may pay to the institute funds after due appropriations including scholarships or fellowships (S. 26).

· The Board may create endowment funds for receiving donations (S. 27).

· The accounts shall be audited by CAG or any other person appointed in accordance with the provisions of the extant rules (S. 28).

Scholarship and fee for Ph.D. Programme at IISER

Central Government supports states for creation of playgrounds in schools