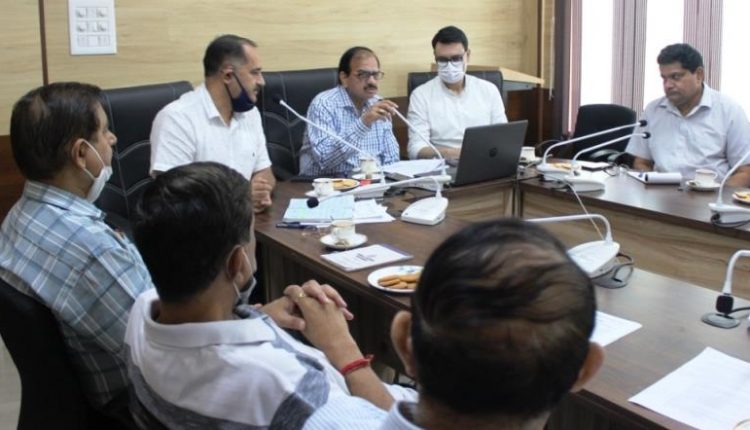 The meeting discussed recently promulgated Government of India Notification G.S.R. 57 (E) that has banned the manufacturing, stocking, distribution, sale and use of Polythene Carry Bags below 75 microns thickness and Non-Woven plastic carry bags below 60 Gram per square meter (GSM) with effect from 30th September 2021 as per recent Plastic Waste Management (Amendment) Rules 2021.

The Chairman, JK PCC while appreciating continuous cooperation and support extended by the Polythene Association in the successful implementation of the PWM Rules, acknowledged the menace of the sale and use of illegal polythene, which is being clandestinely and illegally imported into the UT of Jammu and Kashmir.

He urged the association to actively involve their members in checking this menace by providing credible and actionable feedback and information on the sale and use of illegal polythene in the market.

He also directed the association to furnish self declaration regarding pending stock of polythene carry bags above 50 microns which shall subsequently be verified by the officers of Pollution Control Committee within their unit premises.