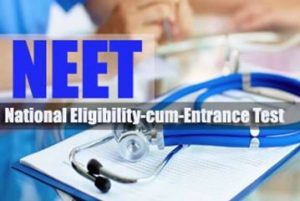 New Delhi: In a landmark decision, following the introduction of single medical entrance exam in the country, the Ministry of Health and Family Welfare has now made provision for common counselling at the State level for admission to medical courses at the under graduate and post graduate levels. As per the amendments made in the relevant regulations of MCI, the designated authority at the State/UT level shall conduct common counselling for all medical education institutions in the State whether established by the Central Government, State Government, University, Deemed University, Trust, Society, Company, Minority Institutions or Corporation.

The move would bring in transparency in the admission process and curb the practice of capitation fee charged by private colleges. Further, the students would not have to apply to multiple agencies for admission in the same State.

After NEET UG 2016 was conducted by CBSE, the Ministry in consultation with States and other stakeholders had issued advisory on 09.08.2016 to the States to preferably conduct combined counselling for admission to MBBS courses for session 2016-17. At the instance of the Ministry, UGC vide letter dated 15.9.2016 had directed all Deemed Universities that they shall also be part of common counselling for admission in common courses organized either by State Government / Central Government or through its agencies based on the marks obtained in NEET.

The advisory for common counselling at the State level was repeated on 05.12.2016 for admission to PG courses for the session 2017-18. The advisories were issued since counselling was not covered under any regulations and the entire admission process had evolved as an administrative mechanism. But now with the amendment notifications in Graduate Medical Education Regulations, 1997 and the Post Graduate Medical Education Regulation, 2000, enabling legal provisions have been made for common counselling.

It is further clarified that the counselling for All India Quota seats at under graduate and post graduate level will continue to be conducted by the Directorate General of Health Services, Ministry of Health and Family Welfare.

Prolifics focuses on upskilling its employees; collaborates with Symbiosis…