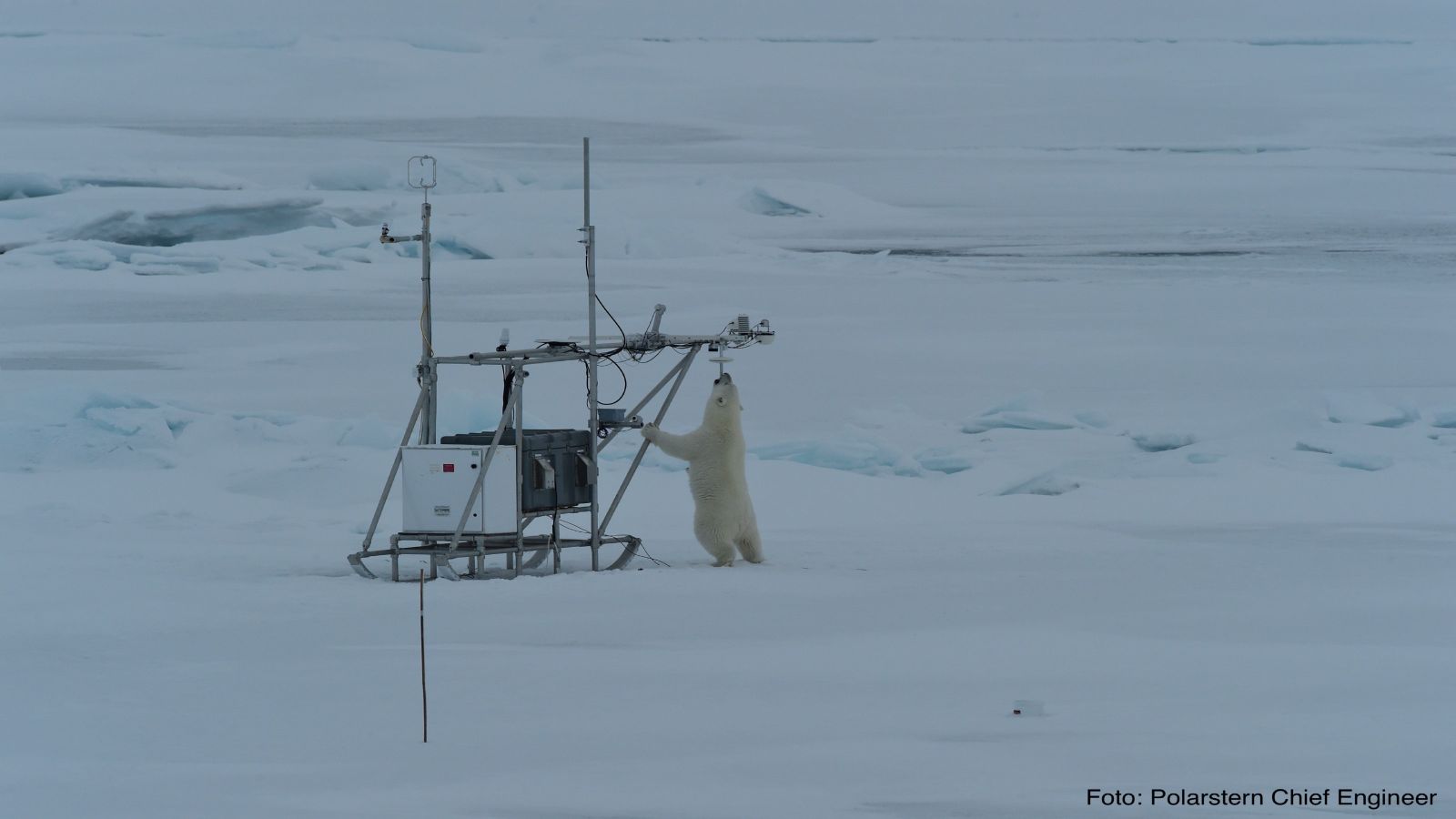 MOSAiC is the largest polar expedition in history, involving hundreds of researchers from 20 countries. With the Arctic regarded as ground zero for global warming, the expedition aimed to better understand the impact of climate change on the Arctic system and how this might affect global climate.

The icebreaker ship Polarstern was frozen into the ice to act as a research base, but not everything went to plan. “The idea was to stay in the same spot, but the ship melted out of the ice in July so we had to find a new sea ice floe to use as our research base.”

The international, interdisciplinary project was unique in its quality and scope, says Dr Dadic. “We had the most state-of-the-art instruments for studying sea ice physics and surface processes, oceanography, atmospheric measurements, ecology, biogeochemistry…. The quality of the measurements is amazing. It’s a unique data set.”

However, the fancy kit attracted some unexpected guests. “Polar bears would come to check out the equipment—they’re playful, enquiring creatures. We avoided them so as not to harm them. Whenever we saw a polar bear, we went back to the ship. You just had to abandon all your stuff, unplug all the power in case they nibbled on the cables, and the polar bear would come and sniff it, while you worried about your expensive equipment.”

As a snow and ice physicist, Dr Dadic studies the microstructure of snow. “I was looking at the topmost layer of the sea ice. Usually this is snow, but when the snow melts in summer, this layer was mushy, melty sea ice. I want to know how the physical properties of the surface layer affect the amount of heat and light that goes into the ocean instead of being reflected back into the atmosphere. Heat contributes to ice melt and ocean warming, while light affects the ecosystem under the sea ice and in the ocean.

“Snow and sea ice in the Arctic reflect light back into the atmosphere, so it doesn’t warm the ocean underneath. New snow reflects about 90% of solar energy back into the atmosphere. If the ice melts, then the ocean will absorb 90% more energy, and heat up. This will cause more melt, and so on… We call this a positive feedback loop, so once this gets started, it keeps going and there is a runaway effect.”

Now back in Wellington, Dr Dadic is concerned at lack of similar research closer to home.

“For New Zealand, so close to Antarctica, it’s important that we understand the climate impacts of sea ice changes, and the role that snow plays in the Antarctic sea ice system. Physical properties of sea ice in Antarctica, and especially studies of snow on Antarctic sea ice are still sparse. I think we need to start addressing these shortcomings, if we want to improve the accuracy of future climate change projections.”