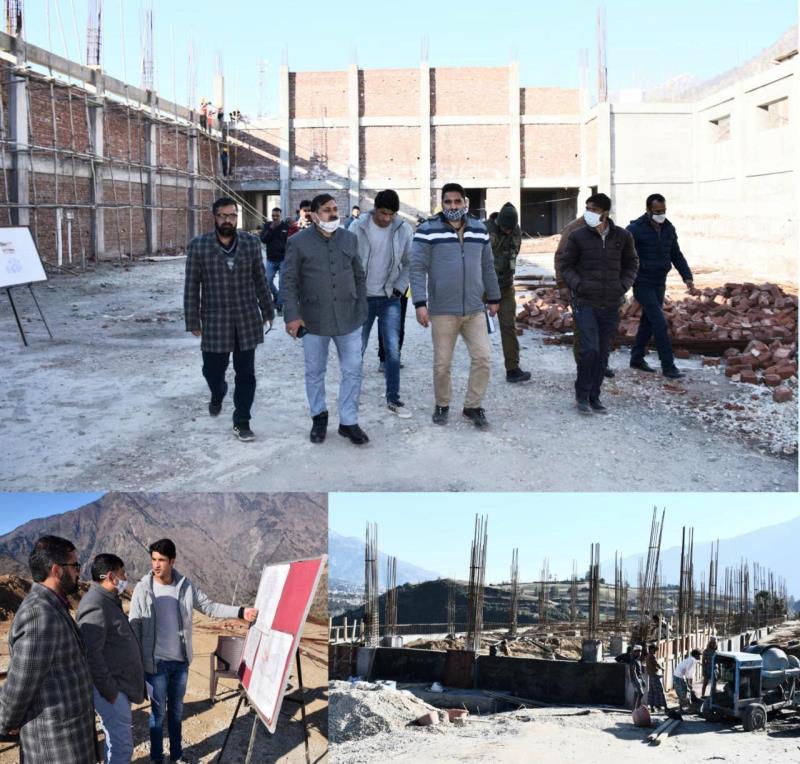 During the visit to under-construction Polytechnic building, he took stock of the pace of progress on the different components of the project being executed by JKPCC.

The JKPCC functionaries gave details of the work plan and informed that the building project consist of three blocks viz Administrative, Academic and the Workshop involving a cost of Rs 13 crore, of which Rs 3.90 cr has been incurred till date. He said that the project is targeted to be completed in Dec 2021.

The IET announces 5th edition of India Scholarship Award to…

Meanwhile, the DC also inspected the Indoor Sports Stadium at Government Girls Higher Secondary School in the township and took stock of the developmental activities there.

The JKPCC authorities informed that the indoor stadium is being constructed at an estimated cost of Rs 3.82 and Rs 2 crore has been incurred so far besides the project would be completed by June 2021.

The DC Kishtwar directed DGM, JKPCC to speed up the pace of the works in order to ensure that these development projects are completed in set time frame without compromising the quality of work.

He further asserted that after the completion of the indoor sports stadium, it will cater to the recreational needs of the youths of the district besides avert them from the menace of drug abuse and other social evils.

He further said that the need of the hour is to upgrade the skills of youth so that they could get employed in the Hydro-electric power projects of the district.