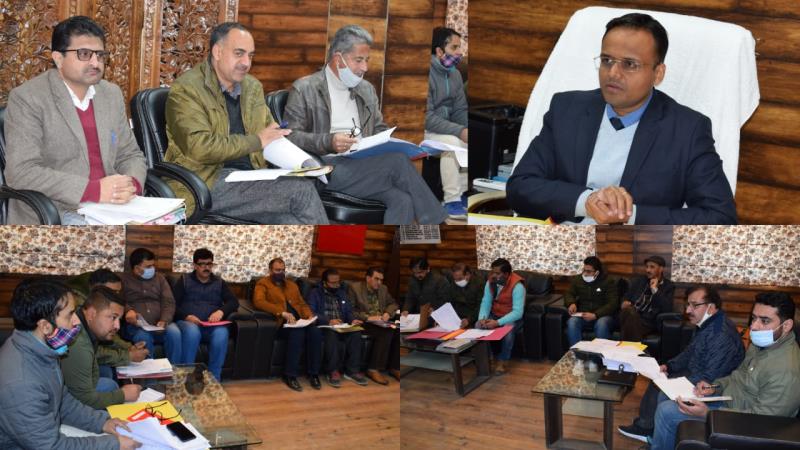 He took a detailed appraisal of works completed, expenditure incurred and targets achieved under different sectors and schemes, which were taken in hand by various departments and agencies under District Capex outlay for the year 2020-21.

During the meeting, the Chief Planning Officer apprised the DDC that an amount of Rs 401 Cr has been approved under District Capex budget for the District under UT and Central components, out of which an amount of Rs. 235.60 Crore has been made available for expenditure on the works, projects and other welfare schemes through Education, Health, R&B, PHE, I&FC, ICDS, RDD, and other departments.

Further, it has been informed that an amount of Rs. 222 crore has been expended till dated in key sectors.

Taking strong note of the slow execution of works and expenditure by some departments under UT as well as in loan sector, the DDC directed the concerned to make all efforts and achieve the targets within the given timeframe.

The DDC also directed the engineering wings to secure Technical Sanction for the approved works at the earliest. He asked the SEs to provide the sanction for the works within their competence with immediate effect.

He asked to expedite the work on all under execution projects to complete the same well before the end of current financial year.