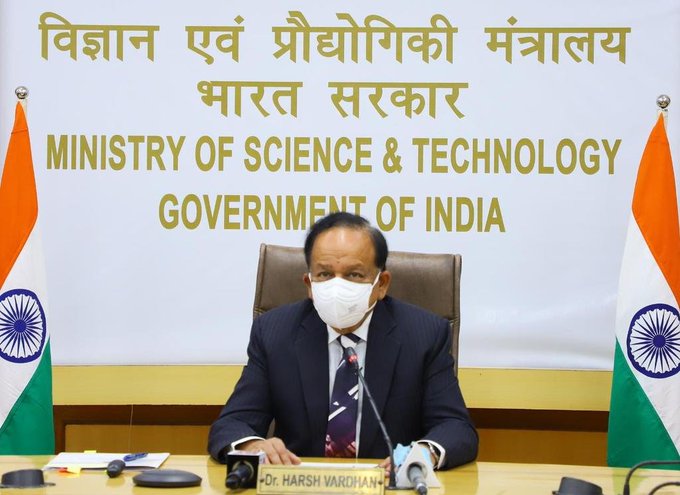 New Delhi: Union Minister of Science & Technology, Earth Sciences and Health & Family Welfare Dr. Harsh Vardhan today said that treatment of sewage water is essential to meet the challenge of water scarcity in coming years. He called upon Council of Scientific and Industrial Research (CSIR) scientists to scale up their sewage treatment technology and install it in all their campuses across the country.

The Minister appreciated the Sewage treatment using Phytorid Technology by the CSIR scientists and said that it was a natural treatment method by which treated water could be utilised for various purposes including for drinking. He underlined that today’s event be taken as a pledge to take this technology forward for broader use. He also outlined several other such projects by the Department of Biotechnology, Department of Science& Technology and other departments under the Science & Technology Ministry where waste water is being treated for good use.

PHYTORID is a subsurface mixed flow constructed wetland system developed and internationally patented by CSIR-NEERI, Nagpur with successful demonstration in the field for more than 10 years of continuous operation as a stand-alone sewage treatment system.

Phytorid is a self sustainable technology for wastewater treatment that works on the principle of natural wetland. It uses certain specific plants which can absorb nutrients directly from wastewater but do not require soil. These plants act as nutrient sinker and remover.

Using Phytorid Technology for the treatment of sewage, it is possible to recover and reuse the treated water for gardening purposes.

CSIR-NCL is the first CSIR laboratory to use NEERI Phytorid water treatment technology. Compared to the conventional processes, this natural system based Phytorid Technology for sewage treatment is zero energy and zero operation & maintenance (O&M).