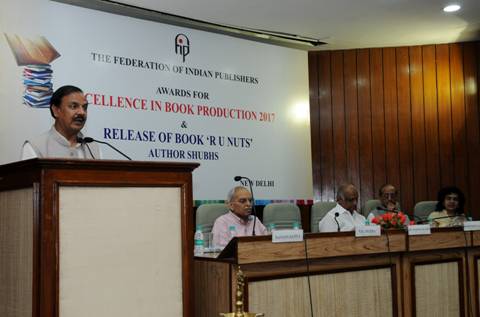 New Delhi: Dr. Mahesh Sharma, Minister of State (Independent charge) for Culture and Tourism gave away awards for excellence in book production in various categories at the Delhi Book Fair here today. Federation of Indian Publishers (FIP) gives these awards every year during the Delhi Book Fair. Addressing on the occasion, the Minister appreciated the efforts of Federation of Indian Publishers and called upon all awardees to bring out more quality books for the betterment of Indian masses..

The details of the awards won by Publications Division are as follows:

Sr No.
Title
Category
Prize
1.
First Garden of the Republic

Second Prize
8.
Courts of India: Past to Present