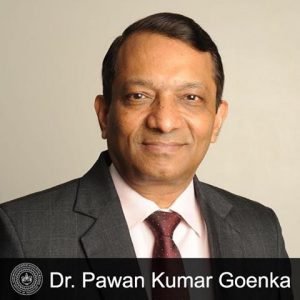 Chennai: IIT Madras inform that Dr. Pawan Goenka, Managing Director of Mahindra and Mahindra, has been granted a second term as Chairman Board of Governors of IIT Madras. The President of India, in his capacity as visitor of IIT-Madras has approved the nomination of Dr. Pawan Goenka, as Chairman BoG, IIT-Madras for a second term for three years with effect from 09.06.2017. He had been serving as Chairman BoG since 9th June 2014 when he was first nominated to the position for a three-year period.

Prolifics focuses on upskilling its employees; collaborates with Symbiosis…