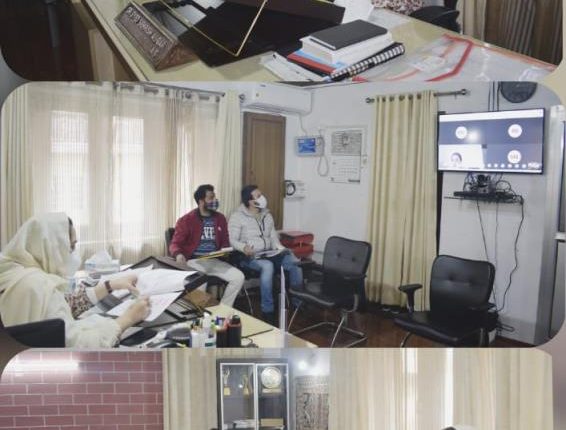 SRINAGAR : Mission Director Jammu & Kashmir Rural Livelihoods Mission (JKRLM) Dr. Syed Sehrish Asgar today emphasized the field officials of the Mission to federate all the deserving rural women into the fold of Self Help Groups (SHGs) for saturating the blocks as per census 2011 in time bound manner.

Dr Sehrish made these comments while chairing the review meeting of the Mission for district Budgam.

Addressing the meeting, Dr Sehrish directed the Block Programme Managers (BPMs) to enroll SHG members under various social security schemes so that benefits of these schemes is accessed by each of the SHG members formed under Programme Umeed.

Mission Director emphasized upon the officials to conduct special drives for identification of potential livelihoods that can be taken up by the SHG members and develop special programme as per the potential livelihoods in the District. She expressed that the Mission Directorate is enthusiastic to take all the measures for upscaling and upgrading the livelihoods, wherein the best of the resources would be mobilized for providing orientation and handholding support to the SHG members for enhancing their livelihoods.

In order to enhance the livelihoods and income of the rural women in the district, Dr Sehrish stressed upon the officials to focus on formation of Farmer Producer Organization (FPOs). The FPO would provide end to end support from production, packaging, marketing, management and sales for the rural women. These FPO would be managed by the SHG members itself, she added

While informing the meeting about progress of Blocks, the officials apprised that 42682 rural women have been federated into 4827 SHGs and an amount of Rs 26.97 crore had been provided to the SHGs as capitalization from the Mission.

It was given out that in addition, the SHGs have been credit linked with the Banks to the tune of Rs 46.83 crore. The SHG members have invested the amount in different livelihoods like, Fishponds, lavender cultivation, Mushroom cultivation, community Bazars, Dairy units, handicrafts and handloom besides under convergence various livelihood initiatives have been successfully initiated with other line departments.