Filmmaking should be easy, so that the dreams of youngsters come alive – Prasoon Joshi

Mumbai:  Renowned poet, lyricisit and screenwriter Prasoon Joshi has said that film making should not be the job of a ‘himmatwala’ and instead it should be the job of someone who has talent. Addressing a Master Class virtually at the 17th Mumbai International Film Festival MIFF 2022, Shri Joshi said “we talk about diversity, but how will diversity come unless film making is democratized.  If the same set of select few keep making films, we will keep getting films with similar linear narrative.”  He added that we will get real films only when people coming from diverse background begin making films, and this is how our cinema can get enriched.

Shri Joshi further said that the centre point of making films should be idea with the focus on storytelling and not the process. He said stories come from imagination and giving examples of ‘Gandhi’ and ‘Gandhi My Father’ he said the narrative comes from how you approach it. “The same story can be told differently if we approach it with a new thought” he said and narrated the example of ‘Rang De Basanti’ which looked at the subject-matter of revolutionaries from a very new perspective. 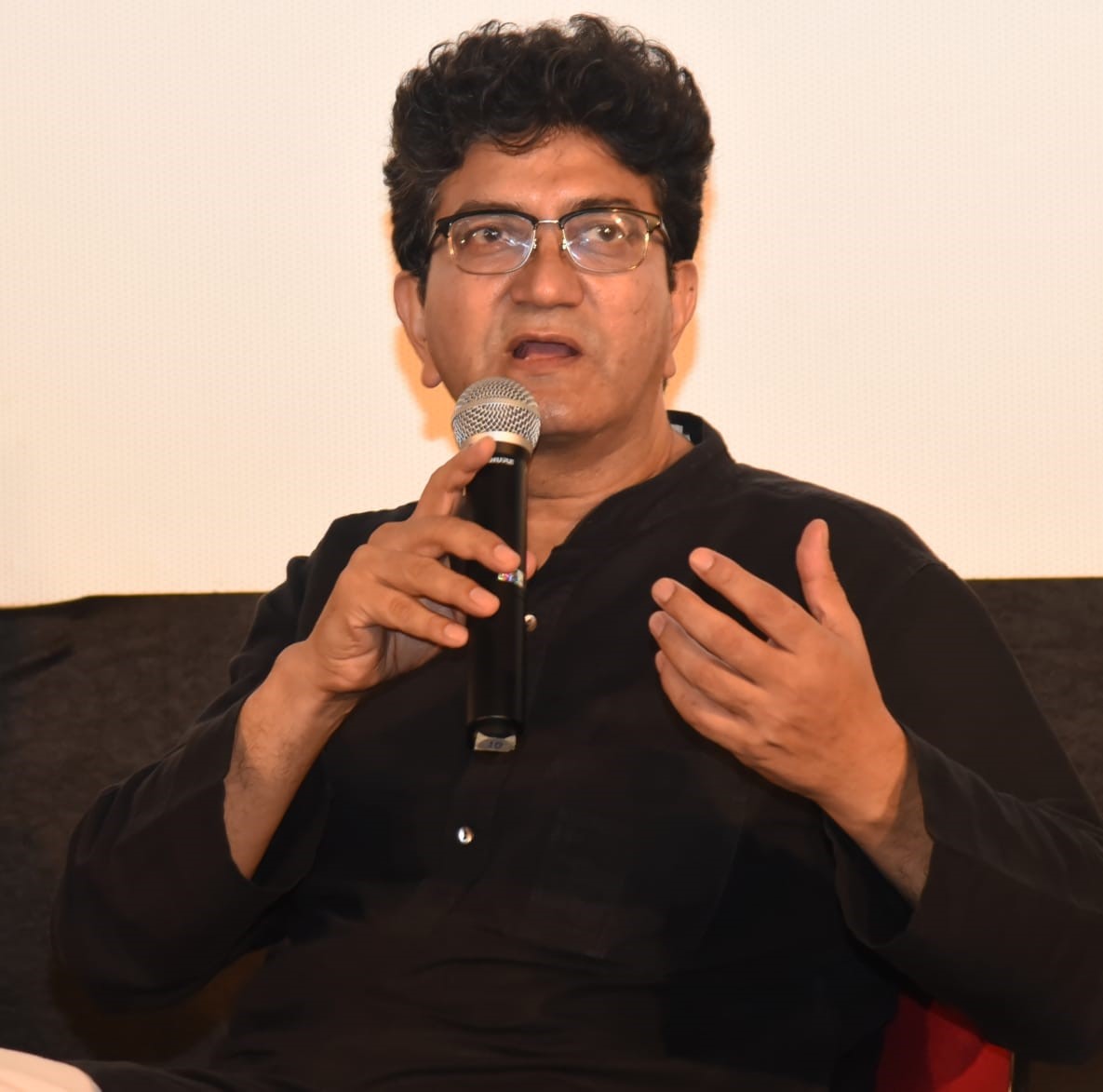 “‘Hazaar Bar Yahan Se Zamana Gujra He, Nai Nai Si He Kuch Teri Reh Gujar Phir Bhi.’ The story could have been said a thousand times before, still it can be narrated thousand more times in a unique way, because every man is nothing but an untold story, unfulfilled dream, assortment of experience. One can always tell a beautiful story from his own perspective,”  said Prasoon Joshi.  He added that we have a lot to learn from India’s history and its rich culture.

Shri Joshi said, “It is very difficult to understand the ultimate truth, which is perceived differently by different people. Everybody has a unique and authentic vantage point. You can’t be everywhere, so you should approach the subject from your perspective in a genuine way. That will make the story interesting and engaging.”

The writer narrated an incident related to the production of ‘Bhag Milkha Bhag’ and said Milkha Singh, after answering many questions put forth by Prasoon Joshi quipped, you are asking only about my life, and nothing about sports?”. Joshi went on to say he was interested in learning about human endeavor rather than the victory or loss on the field. “I wanted to capture the emotions. Facts were already available”. 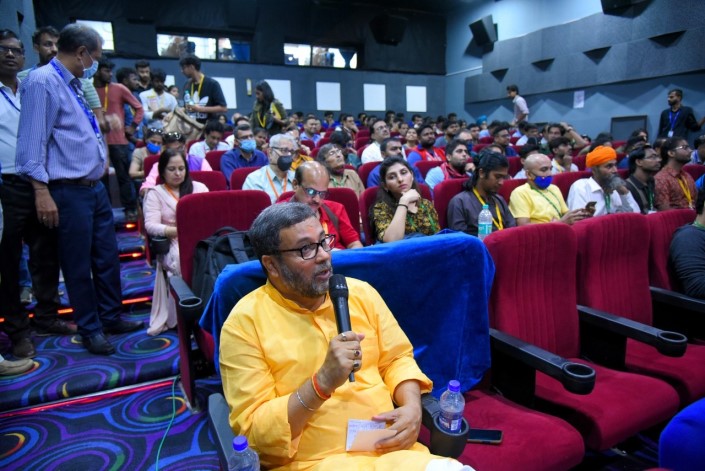 While interacting with the cinephiles Joshi cited the example of ‘Taare Zameen Par’, and said “words and metaphors always flow from our roots. One should not disconnect himself / herself from his/ her roots and reality as they have immense impact on our writing styles and help us to bring in beautiful words and metaphors.”

Prasoon Joshi encouraged the young aspirants to begin writing stories based on their own first hand experiences and how they feel about them. “Write about what you know and what you feel about it.  You are most comfortable about that. The next stage would be to write drawing from others’ experiences” he remarked. 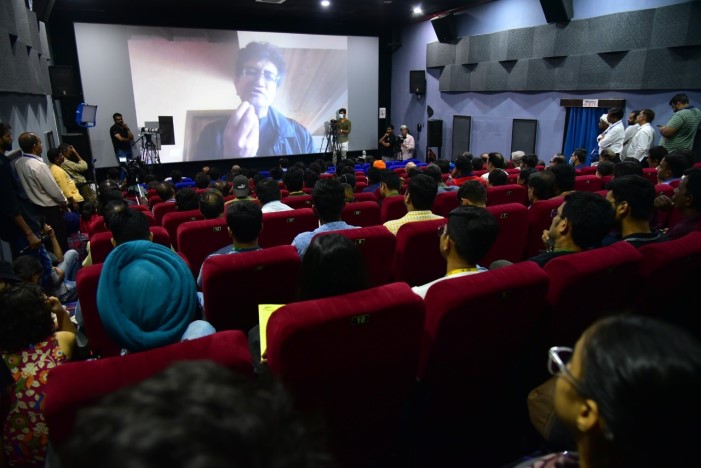 The session was moderated by senior journalist, columnist and author Anant Vijay.

Prasoon Joshi is a renowned poet, writer, lyricist, screenwriter and communication specialist whose work in Hindi cinema has won him both critical and popular acclaim. Through his long and prolific career at leading advertising agencies including Ogilvy and Mather and McCann Erickson, he has created successful brands for several national and international companies through powerful and wide-reaching advertising campaigns. As a lyricist, Joshi’s work in the films Taare Zameen Par (2007) and Chittagong(2012) have won the National Film Award for Best Lyrics. He was also conferred with Padma Shri by the Government of India.

Karnataka to be national capital for additive manufacturing: Dr. Ashwathnarayan