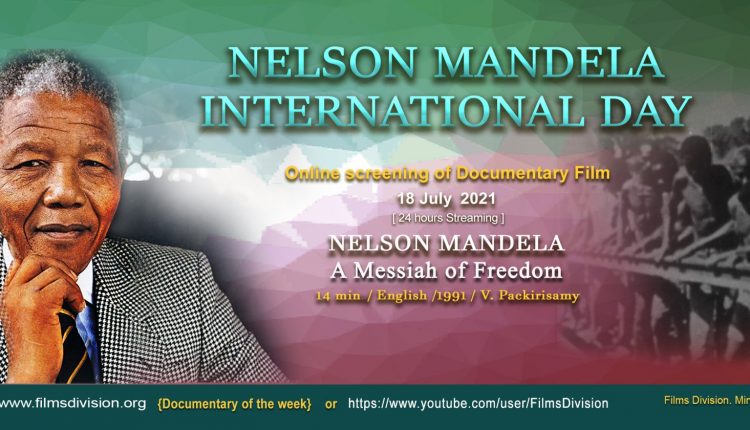 Films Division to pay tribute to the iconic leader-statesman Nelson Mandela on 18 July, 2021

Mumbai: Films Division will pay tribute to Nelson Mandela, the icon of the anti-apartheid movement and Nobel Peace Prize recipient, on his 103rd birth anniversary on 18 July 2021 which is celebrated as the ‘Nelson Mandela International Day’, by screening a documentary on the great leader-statesman and human rights activist.

Nelson Mandela: A Messiah of Freedom (English/1991/14 mins/V. Packirisamy) highlights the life and struggle of the great South African leader who led the African National Congress to victory in the 1994 election, after being incarcerated for 27 years for leading his people in the fight against apartheid. The film presents his historic visit to India in the year 1990, showing all the honours and affection showered on him by India and her people.