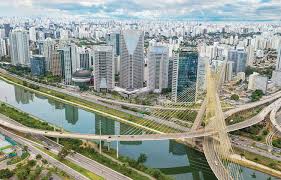 For 120 years, USP’s School of Dentistry has been transforming smiles

December 1, 1900, city of São Paulo. On this date, the State of São Paulo made the teaching of dentistry official. The then Escola Livre de Pharmácia approved the creation of the subject of Dental Prosthesis, which, along with other subjects, established the Dental Art course. A year later, it also started to offer the Obstetrics course and, in 1902, it was named Escola de Pharmácia, Odontologia e Obstetrícia de São Paulo.

In 1933, another change: Faculty of Pharmacy and Dentistry. And in the following year it was incorporated into the new institution founded in the State: the University of São Paulo. And so were the first years of what is now known as USP’s School of Dentistry (FO) .

In these 120 years of history , the college has helped to train 11,000 dental surgeons and about 3,500 masters and doctors since its graduate school was created 50 years ago. The current director of FO, Rodney Garcia Rocha, was part of this trajectory.

Since graduation, 50 years of participating in the day-to-day of college, as a teacher have gone 45 years. “I followed several phases of dental education. I participated in the technical-scientific and human training of dentists inserted in the job market, where they are recognized and valued in the country, in addition to an important international insertion. ”