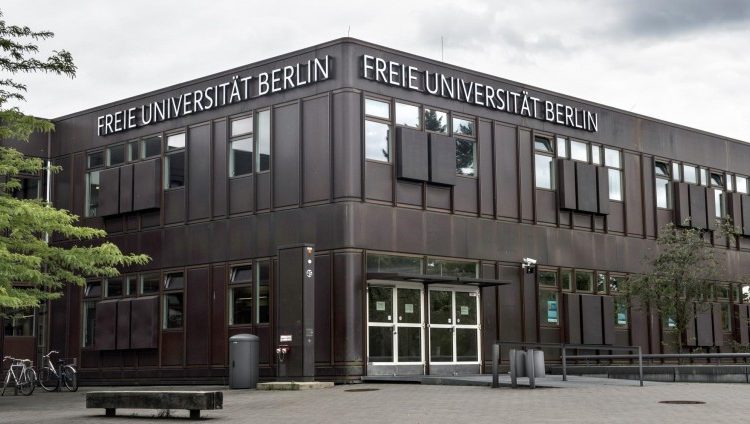 Researchers from around the globe have spent the past 18 months trying to understand Covid-19, the disease caused by the SARS-CoV-2 coronavirus. Capable of causing acute lung failure, the disease is known to wreak havoc on both the lungs and other organs and organ systems. Unfortunately, drug-based treatment options remain limited. One of the difficulties has been the fact that Covid-19 is caused by an errant and sometimes exaggerated immune response. In order to identify therapeutic targets, researchers need to gain a detailed understanding of the underlying mechanisms, both in terms of how they work and where in the body they occur. Patient-centered approaches are rather limited in their scope. This particularly applies to the study of disease mechanisms during the early phase of infection. Biomaterials, which are needed for this type of research, can usually be harvested only after a patient has been admitted to hospital. Furthermore, it is virtually impossible to obtain lung tissue samples from patients with mild or moderate disease and pneumonia, as the harvesting procedure would place these patients at too great a risk. What is left, then, is the analysis of tissues harvested from Covid-19 patients after their death.

Under the leadership of Professor Dr. Martin Witzenrath, Deputy Head of Charité’s Department of Infectious Diseases and Respiratory Medicine, the researchers used available patient samples to obtain valuable information on both disease mechanisms and disease progression. The researchers searched for a suitable model that might enable them to also study compartments of the lungs not easily accessible in patients but necessary in order to study the early phase of the disease. Hamster models have proven extremely useful, both as part of international research efforts into Covid-19 and research pertaining to SARS-CoV-1. “We wanted to know whether we could use these models to develop new treatment options and tried to replicate findings from patient samples. We were remarkably successful in this regard,” says Witzenrath, the study’s co-last author. “We were primarily interested in the lung’s endothelial cells, which line the pulmonary blood vessels and form a barrier there. In severe Covid-19 cases, this barrier becomes dysfunctional, a development which eventually results in lung failure.”

Working alongside researchers from the MDC’s Berlin Institute for Medical Systems Biology (BIMSB), virologists and veterinary surgeons from Freie Universität Berlin, as well as data experts from the Berlin Institute of Health (BIH), the researchers were able to describe the detailed characteristics of SARS-CoV-2 infection in an animal model. They subsequently corroborated their findings using data sets pertaining to patient samples. The purpose of this analysis is to make what is currently the most important, non-transgenic animal model for the study of Covid-19 available for research aimed at developing future treatments. Hamsters contract the same virus variants as humans. They also develop similar disease symptoms, and severe disease will result in damage to the lungs. Symptoms and progression of Covid-19, however, vary between different species of hamster. While symptoms usually remain moderate in Syrian hamsters, Roborovski hamsters will develop severe disease.

The reasons for this and the processes which take place in the cells of the lungs were demonstrated as part of experiments conducted at the BIMSB. These included single-cell analyses during which individual cells obtained from a particular sample were loaded onto a chip, where they were first barcoded and then encapsulated into minute droplets of aqueous fluid. Once prepared, single cells can undergo RNA sequencing, a process used to establish the sequence of genetic building blocks which a cell has just read. Thanks to barcoding, this RNA was later identifiable as originating from a particular cell, enabling the researchers to determine cellular function at the single-cell level with a high degree of accuracy. “We were able to observe how certain cells involved in lung immunity – namely monocytes and monocyte-derived macrophages – ingest the virus and subsequently show a very pronounced response. They send out biological messengers which then elicit a very strong inflammatory response. In our model, this is quickly brought under control by T cells, another type of immune cell which is dispatched for this very purpose. In severe Covid-19, however, this does not happen,” explains the study’s co-first author Dr. Geraldine Nouailles, a researcher at Charité’s Department of Infectious Diseases and Respiratory Medicine. She adds, “A fast and efficient T cell response is crucial to successful recovery from Covid-19.”

While Covid-19 prompts the immune system to go into overdrive, SARS-CoV-2 initially displays a low rate of replication in the lungs and respiratory tract. “The destruction of lung tissue seen in severe Covid-19 is not a direct result of viral propagation inside cells, but of the strong inflammatory response,” explains fellow co-first author Dr. Emanuel Wyler, a researcher at the MDC. He adds, “This also appears to apply to the cells of the vasculature, in particular the lung’s endothelial cells. They show a very strong response to the virus but are neither infected by it nor destroyed in the process.” If the disease is severe, blood vessels can become obstructed and vessel walls unstable, resulting in acute lung failure. It does not appear likely, however, that this blood vessel damage also plays a part in moderate Covid-19. “That Covid-19 activates the endothelium – a type of protective barrier lining blood vessels which, amongst other things, also controls a range of processes in the lung’s micro blood vessels – did not come as a surprise. What did come as a surprise, however, was that these cells are also the active driver of inflammation,” says Witzenrath. “Given their key role in disease progression, these cells could be targeted using one of two therapeutic strategies. One is to use substances which are capable of sealing the endothelial barrier. The other is to use substances which calm the endothelium. One of these is already the target of research conducted in our Collaborative Research Center SFB-TR84, where we were able to show that it is effective in pneumonia and ventilated patients.” Other anti-inflammatory drugs currently being tested as treatments for Covid-19 target the immune response itself. They are also effective against monocytes and macrophages and temper their activity.

Now that their model has been validated, the researchers hope to use it to help develop safe and effective treatments for patients with Covid-19. The aim is to reduce the number of patients who develop severe lung injury. The multidisciplinary team of researchers are currently analyzing the responses of different cell types observed in Roborovski dwarf hamsters. The researchers want to establish why the infection produces severe disease in these animals, and why it is not self-limiting as is the case in Syrian hamsters. “We hope this will guide us to a possible explanation for why some people develop severe Covid-19 but others do not,” says Nouailles. As a first step, the researchers will need to decipher the dwarf hamster’s genome. The fact that hamsters have traditionally been regarded as somewhat exotic by the animal research community explains the existence of numerous knowledge gaps. “Information from our current study has enabled us to close some of these gaps. This represents major progress, including in terms of a more conscious and targeted approach to the use of animals in medical research,” explains co-last author Dr. Jakob Trimpert, a virologist and veterinary surgeon from Freie Universität Berlin. In addition to developing the Covid-19 hamster models, Trimpert and his team also worked with Freie Universität Berlin’s Department of Veterinary Pathology. Performing the necessary histopathological analyses (microscopic examination of infected lung tissue) under the leadership of Professor Dr. Achim Gruber, the team’s work represents a crucial contribution to the study’s published findings.