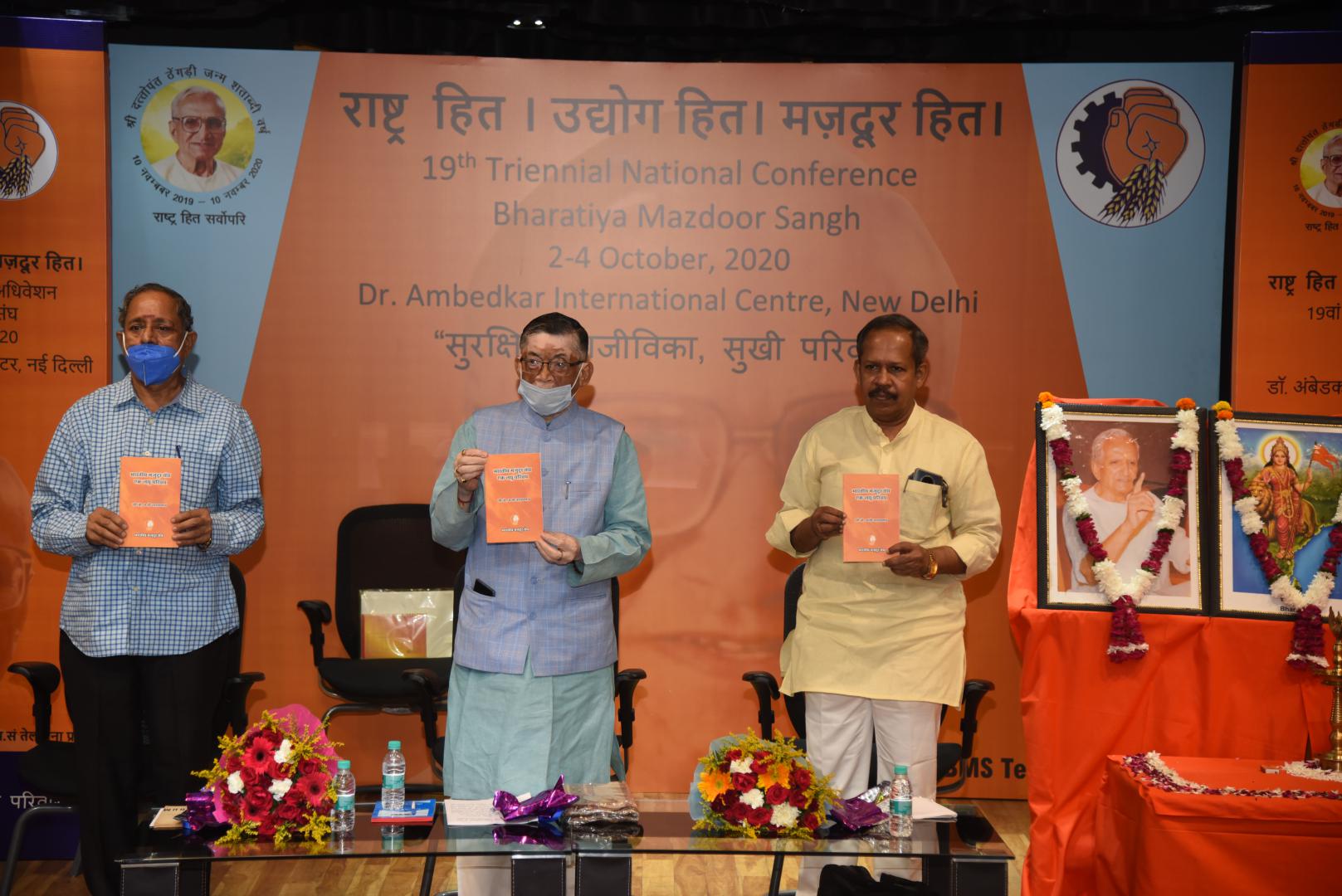 Elaborating on farmer friendly initiatives of NDA Govt he informed that budget of the agriculture ministry has been increased 11 fold to Rs 1.34 lakh crore from Rs 12,000 crore in 2009-10 during the UPA regime. This he said reflects Prime Minister Shri Narendra Modi’s commitment for the welfare of farmers in the country. Speaking at a National Conference organised by PHD Chamber of Commerce through Video Conference Shri Gangwar saud that the new farm laws are aimed at providing marketing freedom to farmers for selling their produce anywhere in the country. Shri Gangwar emphasised that farmers would now be able to sell their produce at better prices in other states as well. The minister also brushed aside the apprehensions about scrapping of MSP saying there has been considerable increase in the crops’ support price compared to the UPA regime’s.

Shri Gangwar spoke extensively about the benefits of path breaking Game Changer labour codes recently enacted in the country to workers at the PHD Chambers of Commerce meet and also later at Bhartiya Majdoor Sangh National Conference. He said that these reforms would help workers become Atam Nirbhar in coming days. Shri Gangwar also informed that the President has given his assent to the three labour codes.
The Minister stated that in addition to promoting unprecedented labour welfare and gender equality these labour codes would also help increase ease of doing business adding that industry and worker complement each other and therefore they have to work together in tandem with changing times.
He asked the industry leaders to provide unflinching support to the government for economic progress for achieving ultimate goal of making India a US$ 5 trillion economy.
He underlined that growth & expansion of enterprises contribute to increase in employment as also improved working condition. Shri Gangwar referred to the provisions like bringing unorganised sector workers including GIG, Platform and Plantation workers, within the social security fold etc.
The Minister elaborated the benefits of the provisions like Social Security Fund for unorganised sector workers, re-skilling Fund for those loosing jobs, wider definition of migrant labour and their data collection to better target welfare Schemes etc as huge improvements. He emphasised that these reforms are path breaking and game changer as some of the archaic laws awaiting reforms have in existence for more than 73,years. The Minister added that efforts have also made to ensure ease of doing business by having a new regime of one registration, one licence, one return in place of multiplicity of them earlier. Shri Gangwar also said that extensive consultation across all stake-holders was held before finalising these Codes. He regretted that opposition chose not to discuss these Bills in Parliament which has brought historical benefits to not only crores of the hirtherto uncovered but also introduced several improvements for those already being covered.

Shri Gangwar underlined the commitment of present Government to welfare of the workers by citing measures already taken like Pension Scheme PM Shramyogi Mandhan for workers in the unganised Sector, increasing maternity leave from 12 weeks to 26 weeks, Portability & expansion of EPF & ESIC services, empowering women to work in mines, etc.

Besides the Code on Wages which was enacted last year, 3 more major Codes; Code on social security, Code on industrial relations and Code on occupational safety health and working conditions were passed by Parliament and enacted recently.

Mahindra Group employees pledge to contribute 750,000 hours volunteering to increase the well-being of the communities in India and around the world