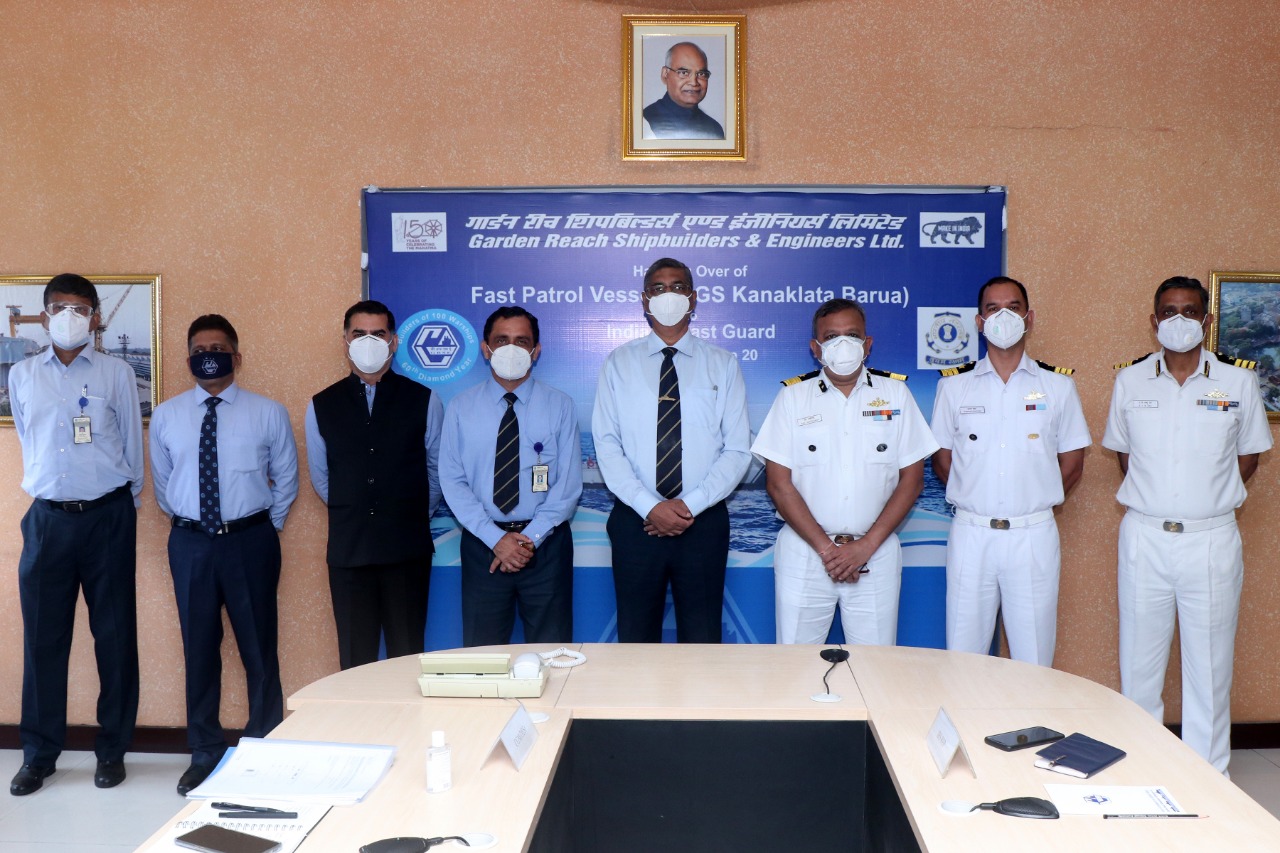 Yard 2116, the Fourth ship in the series of FPVs is earmarked for export delivery to the Seychelles Coast Guard and is likely to be delivered shortly after completing the related formalities. As per the related developments as on date, GRSE will make another ship as a replacement to the one diverted to the Seychelles Coast Guard. Related formalities of signing contract with the amendments to the existing contract are underway and will be completed shortly.

The Fast Patrol Vessels which have been entirely designed by GRSE’s Central Design Office. With an efficient hull form developed in-house and proved through extensive model testing, these ships are designed to achieve speeds exceeding 34 knots with an endurance of more than 1500 nautical miles. These fuel-efficient and powerful platforms are well suited for operations like patrolling, anti-smuggling, anti-poaching and rescue. They are fitted with state-of-the-art Main Engines with advanced control systems & Water jet units and an ‘Integrated Bridge System’ integrating all Communication and Navigation Systems. These ships are also fitted with 40/60 Gun as Main Armament and have improved habitability features with fully air-conditioned modular accommodation for 35 personnel.GRSE had earlier made deliveries of FPVs ICGS Priyadarshini, ICGS Annie Besant and ICGS Amrit Kaur in this series.

Originally built at the Shipyard’s Rajabagan Unit, to meet it’s commitment to the Indian Coast Guard, GRSE has shifted the vessel’s location so that final work on the ship prior to delivery including balance fitting out, readiness of ship systems and setting to work of equipment/ systems could be completed by undertaking work at the FOJ Unit in compliance with MHA and WB Government Guidelines. Shipyard has also overcome the constraints posed by Super Cyclone “Amphan” for achieving this milestone.

GRSE enjoys a deep pool of revenue-generating projects as evidenced by its current order book position of Rs.26,500 crores. In the current crisis brought about by the COVID-19 pandemic, GRSE has been in the forefront of prevention and relief activities in areas around its units in Kolkata. Three GRSE-built vessels led the Indian Navy’s successful efforts at safely evacuating expatriate Indian nationals.

Team GRSE continues to raise its bar higher in the field of maritime engineering excellence through its ship deliveries. Continuous research and innovation, lean thinking, superior product quality and a robust corporate structure powered by an outstanding human resource pool are the hallmark of GRSE’s working. With its relentless focus on its vision to be a world leader in shipbuilding, the shipbuilder has set sail towards a growth trajectory. The successful delivery of ICGS Kanaklata Barua further propels it towards that goal.