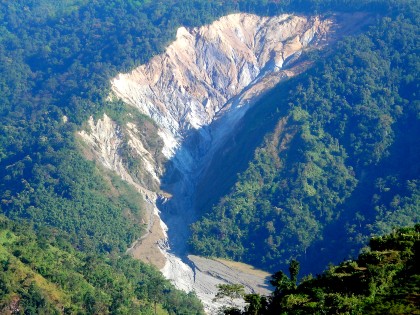 New Delhi: Geological Survey of India (GSI) is currently testing Regional Landslide Early Warning System (LEWS) in the Darjeeling district, West Bengal and in the Nilgiris district, Tamil Nadu. This system will be tested in both these locations for a few monsoon years for validation before making it operational. This information has recently been posted by Shri Prahlad Joshi, the Union Minister in-charge of Coal and Mines, in his social media accounts.

Dr Saibal Ghosh, Director GHRM Division Geological Survey of India said that, “Like some other developed countries, where such type of regional landslide early warning model is operational, India will also carry out extensive ground validation and testing of the LEWS models for a few monsoon years and including application in some other landslide prone States before making it operational. GSI has developed this technology in an ongoing collaborative international research program- LANDSLIP after working with a large group of Indian and European researchers from Landscape, Climate and Social dynamics fields”

In India, the mountainous and hilly areas are spread in 16 States and in 2 Union Territories in the Himalayan region, sub-Himalayan parts of Northeast India and in Western Ghats which are landslide prone. This landslide prone area comprises about 12.6% of Indian landmass (4.2 lakh square km) in more than 170 districts.

In recent times, the requirement for non-structural measures has gained momentum simply because such measures, on successful development and use, can prevent a disaster at a comparably lower cost. Implementation of structural mitigation measures for landslides is a costly affair because the same can be implemented to a singular or a small group of landslides. Therefore, their implementation is often dictated by the elements at risk involved and their degree of vulnerability to the hazard.

GSI is already in the verge of completing a national project – National Landslide Susceptibility Mapping (NLSM) where landslide susceptibility map on 1:50,000 scale for the entire landslide prone areas in India (4.2 lakh km2) including creation of a national landslide inventory are being generated using both remote sensing and field-based input data. Till 2019-20, GSI has completed 85% of the total target (3.57 lakh sq. km) in this NLSM Project. These huge geodatabases are being made available in phases in the public domain for use in the country’s disaster management plan. 61% of this GIS-enabled map data (2.55 lakh km2) is already uploaded on GSI’s Bhukosh map portal (http://bhukosh.gsi.gov.in/Bhukosh/Public) for free downloading and use by any stakeholder. The above already-uploaded NLSM database also has 52,146 mapped landslide polygon data and 25,184 landslide point data with field-validated geo-parametric attributes for use by any stakeholders in 18 landslide prone States and in 2 Union Territories. In this endeavour, GSI’s NLSM database is the most effective fundamental geoinformation tool on a medium scale, which should be used and integrated with the infrastructure development and planning in hilly/ mountainous areas of India. If implemented properly, it can suitably avoid many new landslides that are caused heavily by the manmade actions.

Dr Saibal Ghosh, Director GHRM Division Geological Survey of India said, “Landslide susceptibility map is an excellent spatial forecasting tool which can be used for implementing land use zoning regulations. In India, Nilgiri district and Nainital are using it but other landslide prone States must also start using this vital geoinformation tool for hill area development and management”.

Dr. Saibal Ghosh, GSI further added that “Besides regional landslide early warning and execution of NLSM project in rest of the target areas in Arunachal Pradesh, GSI has now stressed more on upscaling its landslide hazard zonation work at identified and selected sectors on meso scale (1: 10,000) and site-specific (larger than 1:2000 scale) landslide investigations for providing more detailed geoscientific inputs for landslide hazard analysis and implementing structural/ non-structural mitigation measures. The selection of site for the above work of GSI is also being prioritised as per the specific requests received from the concerned State Governments and/ or the Road Maintaining Authorities”.

iednewsdesk Jan 29, 2022
In a new study, participants underwent an intense bout of exercise after both normal sleep and after three nights…