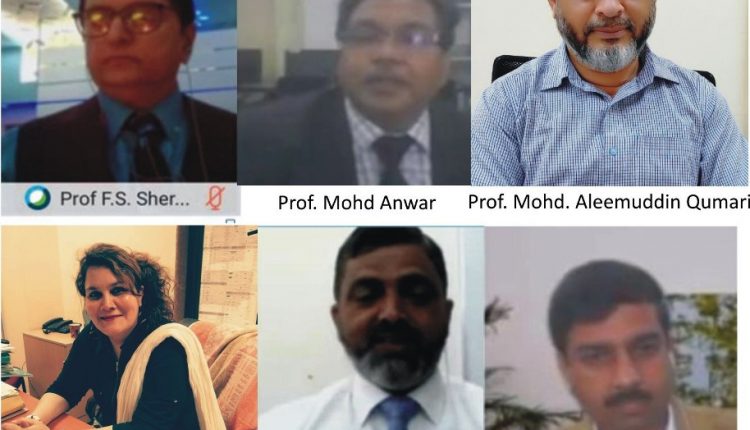 Aligarh: Clinicians should recognize that the interaction between a doctor and a patient has a moral component, “bioethics” and it is required for an efficient practice, said Dr Ghazala Javed, Research Officer (Unani), Scientist Level-IV,CCRUM, Delhi , Ministry of AYUSH, Government of India.

She was delivering a talk on ‘Bio Ethics in Clinical Practice and Research’ in the Hakeem Ajmal Khan Memorial Extra Mural Lecture series organised by the Faculty of Unani Medicine, Aligarh Muslim University (AMU).

She delineated clinical ethics as important part of bioethics and how it is concerned with issues encountered in the care of patients.

Dr Ghazala also explained the guidelines for methodologies on research and evaluation in traditional medicine.

In the other lecture of the series, Prof Aleemuddin Quamri, Department of Moalejat, National Institute of Unani Medicine, Bengaluru discussed the results of regimenal therapies in traditional medicines.

Delivering a talk on ‘Significance of Tadbeer Istifragh (Hijama, Irsale Alaq and Fasad) in the Management of Arthritis’, he pointed out that several research studies have shown the scientific basis of therapies in traditional medicine.

He discussed the basics and fundamentals of Unani Medicine and the importance of Tadbeer-e-Sehat.

Delivering the welcome address, Prof Mohd Anwar spoke on the contributions of Hakim Ajmal Khan and his expertise in the field of Unani Tibb (Greek Medicine).

He elaborated Hakim Ajmal’s active role in the freedom struggle, his scholarly work and efforts for social reform.

“In recognition of Hakim Ajmal’s contribution in the development of the Unani system, the Ministry of AYUSH declared his birth anniversary, February 11 as the World Unani Day,” said Prof Anwar.