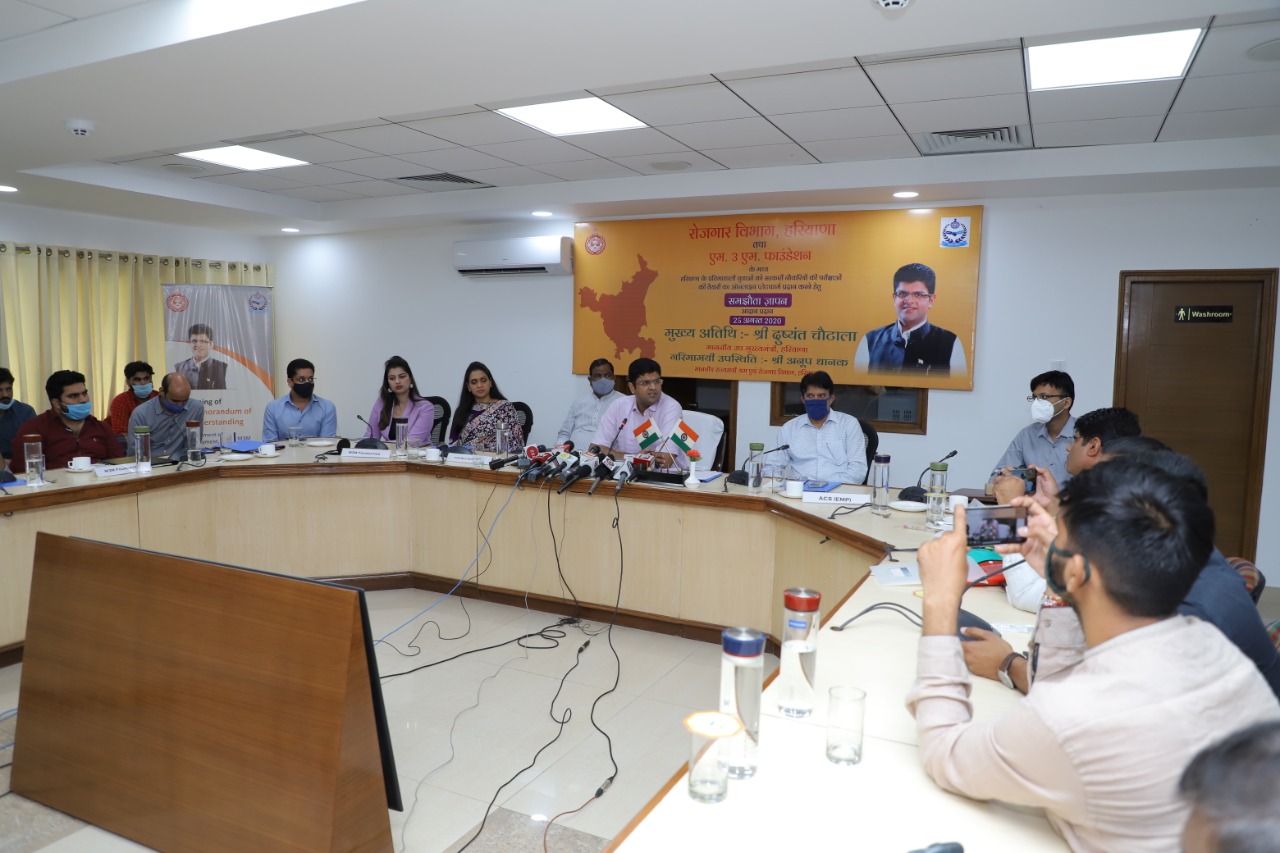 New Delhi: In a bid to maximise success in central and state competitive exams, the Government of Haryana has joined hands with Gradeup, India’s leading online exam preparation app. During this partnership of 18 months, Gradeup will empower 50,000 aspirants from Haryana appearing for SSC, Banking and Railways examinations, scheduled for the next year.

Speaking on the partnership, Mr. TC Gupta, Additional Chief Secretary, Department of Employment, said, “Gradeup’s experience in successfully handling a large user base and strong sense of exam-relevant content makes them a trusted platform when it comes to exam preparation. The idea of the intervention is to enable candidates from Haryana to clear and target government jobs in Central bodies such as SSC, Banking and Railways. The department has been keen on enabling opportunities to help candidates get into government jobs and this is a step forward in that direction.”

The candidates will have access to Gradeup Green Card for mock tests, quizzes, practice tests, along with unlimited test series of the selected categories. A monthly all-India live mock exam will be conducted to assess relative performance. The top 500 performers in the first three months will be provided free access to Gradeup Super’s live classes and doubt clearing sessions for the remaining duration of 15 months.

Dr. Rakesh Gupta, Director General, Department of Employment, said, “The objective is to ensure that all the candidates clear prestigious examinations for government jobs. And to achieve this, we will be providing customised online coaching to the candidates through a personal subscription”.

Sharing his view on the association, Mr. Shobhit Bhatnagar, CEO, Gradeup, said, “It’s always been our constant endeavour to provide quality test preparation to everyone. The pandemic has only accelerated the adoption and acceptance of online platforms. The Haryana Government has stepped in to support the state candidates preparing for various competitive exams. This move will set an example for other states to follow. We are glad to see the faith they have shown in Gradeup and are hopeful that our expertise in the field will pave the way for further associations.”

The registrations for the target students will be done in three batches- Batch 1 and 2 will comprise of 20,000 students each and Batch 3 of 10,000 students. The registration for Batch 1, 2, and 3 will be completed by September 15, October 30 and December 30, respectively.

As notified by the Government, the tentative timeline for the various examinations will fall between April 2021- December 2021. An 18-month subscription validity would ensure continued access to preparation material throughout this period.