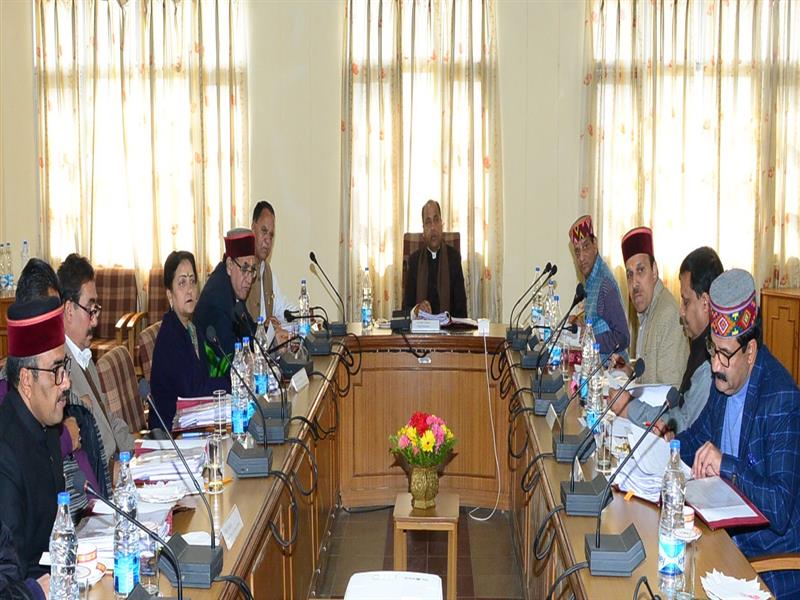 Dharmshala: The Cabinet in its meeting held at Dharamshala today, decided to amend the Himachal Pradesh Town and Country Planning rules 2018 to allow sealing of unauthorized buildings or portions thereof so that the authorized building could be put to its approved and permitted use. Sealing would be done after giving the defaulters an opportunity of being heard under the amendment in the Act. This will give relief to the hoteliers and their objections will be invited under the rule.

The meeting was presided over by Chief Minister Jai Ram Thakur.

Approval was accorded by the Cabinet to grant interim relief to the regular government employees, pensioners, family pensioners at the rate of 8 percent basic pay to be payable from 1st January 2016 as was announced by the Chief Minister on 25 January at Ani, in Kullu district. This will benefit the employees and pensioners by rupees 700 crore.

It was also decided to impose ban on general transfers with immediate effect and till further orders.

Cabinet decided to allow recruitment process out of the purview of Himachal Pradesh Public Service Commission and Himachal Pradesh Staff Selection Commission on compassionate ground, against 3 percent sportspersons quota, from amongst the specially-abled persons, on batch-wise basis as per specific method provided in the respective recruitment rules and posts reserved for Ex-servicemen. In all other cases the departments concerned will examine all the aspects and put up to the Chief Minister for approval.

It also decided to start the process of grant of wholesale licenses L-1 and L-13 be started w.e.f. 5-2-2018 so that the formalities can be completed and the distribution network of liquor is put into place before 1-4-2018. It was also decided to merge the basic license fees into the proposed retail excise duty for 2018-19.

The decision was also taken that the Budget session of HP Vidhan Sabha would be held from 6th March to 5th April, 2018 with a break from 17th to 25th March.

It was also decided to fill 14 vacant posts of Assistant Professor/ equivalent in Dr. Y.S. Parmar, University of Horticulture and Forestry, Nauni Solan on contract basis.

Decision was taken to fill up one post of Registrar Co-operative society in cooperation department.