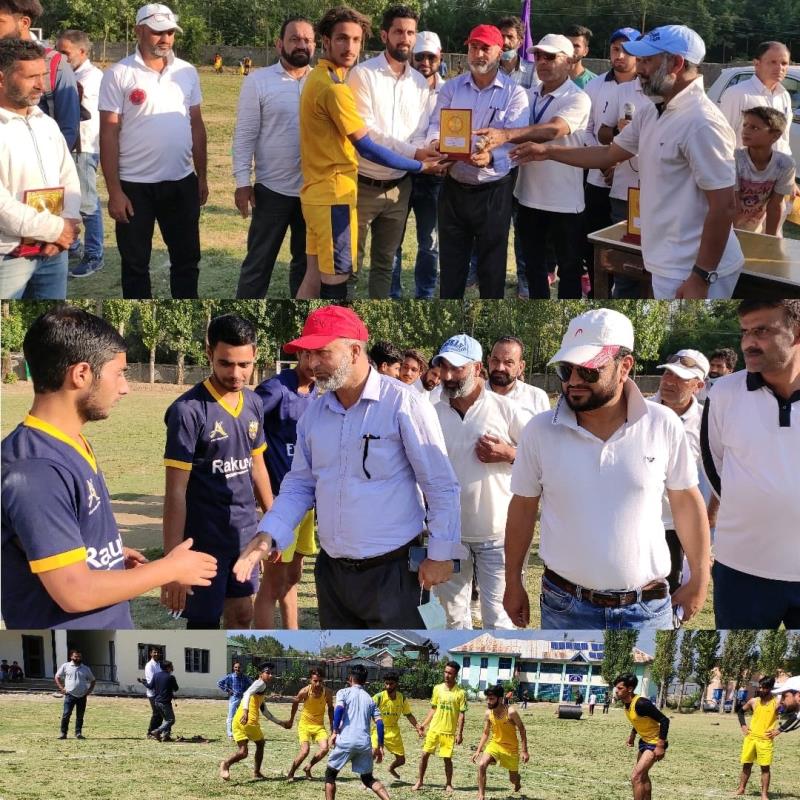 Sports teams under the age group of 14, 17 and 19 years from various institutions participated in the Kabbadi, Kho -Kho and volleyball games.

The inter-zone sports activities concluded with a thrilling Kabbadi competition between the HSS Hajin and HSS Argram in which the former defeated the latter. In Kho –Kho, the HSS Nadihal defeated HSS Shadipora.

The DYS&S Officer, Ghulam Qadir Bhat appreciated officers and officials for conducting the competition in a smooth manner. He also interacted with the students and distributed trophies among the winners and prizes among the students.

He said games have emerged as the powerful discipline to explore the allied talents among the students like managerial skills. He urged the physical education teachers to ensure their active involvement for the proper physical and mental development of the students in the government institutions.