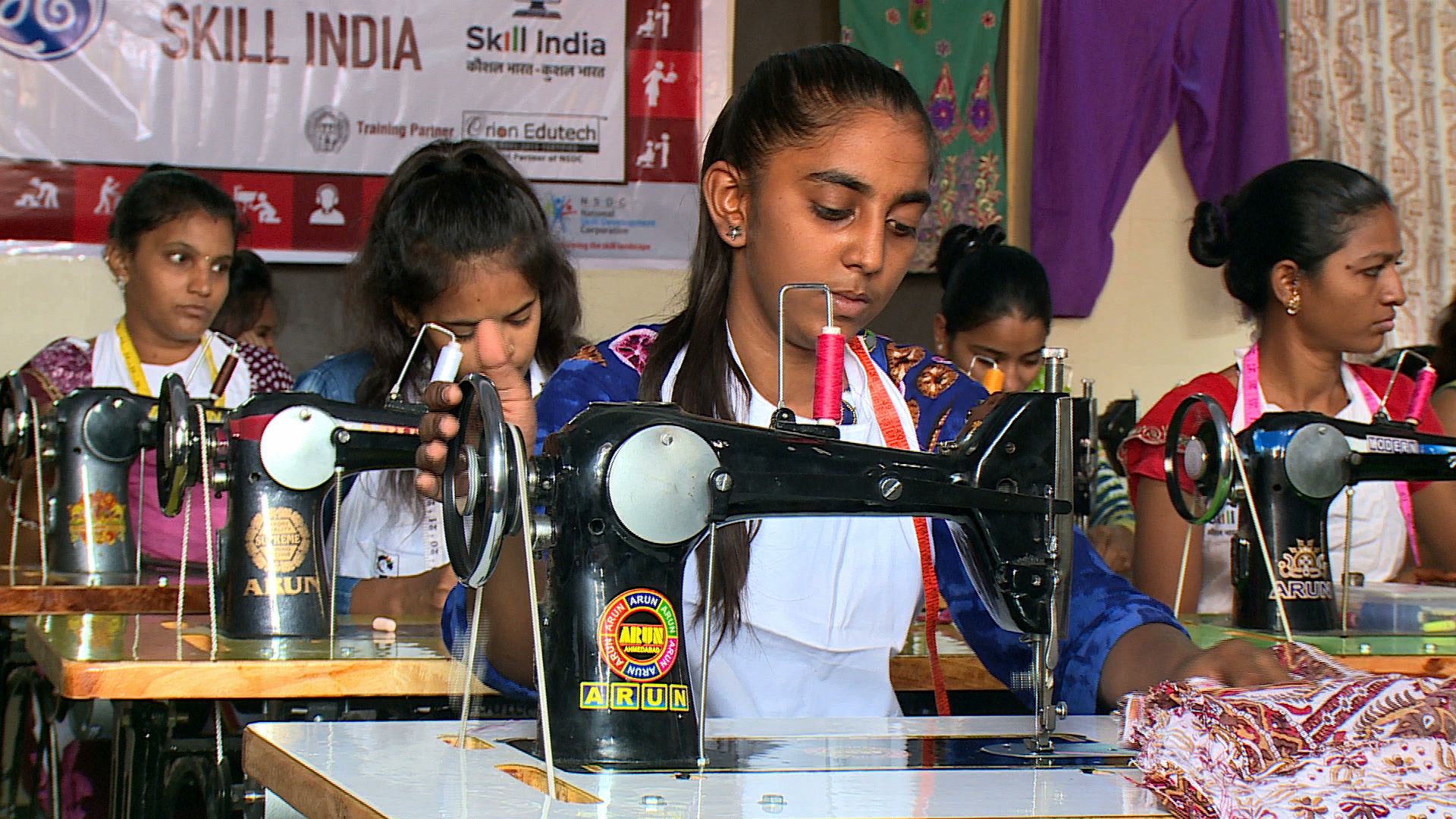 Hunnarbaaz, India’s first television series focussing on skill development and entrepreneurship, airs every Sunday at 11:30 AM on DD National. The upcoming episode, to air on Sunday, November 19, features leading multinational organisations like General Electric (GE) that have concentrated their efforts towards women empowerment. The episode offers glimpses of various training programs in apparel, agriculture and healthcare sectors; and covers job roles such as self-employed tailor, general duty assistant and vermicomposting, designed for skill training and development of women, especially in non-metro cities and rural areas. The episode also presents success stories of candidates such as Mayuri Solanki, whose lives have been transformed through skill training.

Commenting on corporate partnerships, Manish Kumar, MD & CEO, National Skill Development Corporation (NSDC) shared, “NSDC endeavours to create a sustainable model for skill development through industry partnerships and corporate collaboration. It is encouraging to note that leading corporates in the country are extending their support to Skill India.”

Ministry of Electronics & IT releases 2nd Volume of…

Manish Kumar added, “The two-fold objective of this television series is to highlight skilling initiatives across the country and to inform individuals about the gamut of skill training programs available across the country. Leveraging television as a medium, the aim is to show-and-tell impactful real-life stories of the achievers who have benefitted, and to make skill training aspirational for others.”

Creating linkages between industry and the Skill India Mission, NSDC, under the aegis of the Ministry of Skill Development & Entrepreneurship, provides sterling opportunities for corporates to meet and fulfil CSR commitments and take lead in corporate citizenship. NSDC, through its affiliated partners, lends support and customise solutions for corporates to design and execute impactful skill development programs. Some of the leading corporates such as Simon India, SBI Card, General Electric, Powerlinks, CAMS, Cholamandalam Investment & Finance Company and Ingersoll Rand have collaborated with NSDC for their CSR initiatives. Industrial manufacturer Ingersoll Rand has contributed for skill training of 245 people in automotive sector, focussing on 30% women in non-traditional courses like computer numerical control (CNC) operator. Simon India, a leading engineering, procurement and construction company, is undertaking skill training of 192 persons with disability (PwD) in Delhi-NCR. SBI Card has invested for skilling training of 1,000 persons in sectors like Apparel, Telecom, Healthcare, Retail and BFSI. General Electric, with a target of skilling 800+ women by March 2018, is focussing on Apparel, Healthcare and Agriculture sectors.

Produced by Cinema Vision India under the mentorship of renowned television personality Siddharth Kak, Hunnarbaaz is a highly rated weekly television series that travels across the length and breadth of India to showcase how skilling efforts are making differences in the lives of people. The series connects youth, women and skill seekers with various skill training programs which are designed to suit local requirements. Covering over 2,000 job roles, NSDC’s training programs, available in 500+ districts across the country, include conventional and emerging skills such as GST Accountant, Mobile Repair Technician, Beauty & Wellness Assistant, Android Developer amongst others.
Watch the teaser here: https://www.youtube.com/watch?v=WKPeu4TJqtk

Impact story featured in the upcoming episode of Hunnarbaaz
Mayuri Solanki, 18-years, from Ahmedabad is the daughter of a daily wage earner. The six-member family lived in extreme poverty as her father had irregular income. During a mobilization program, she met a field officer of Orion Edutech, an NSDC training partner, who motivated her to take up a skill training course. With a determination to improve her life, Mayuri joined a 3-month course in self-employed tailoring. Now, Mayuri works with a tailoring shop and earns Rs. Seven Thousand per month. An ambitious girl, Mayuri aspires to be a business woman and start her own tailoring shop.

Conference to Look at Solutions for Pollution, Sustainable Future

Ministry of Electronics & IT releases 2nd Volume of Vision Document on…