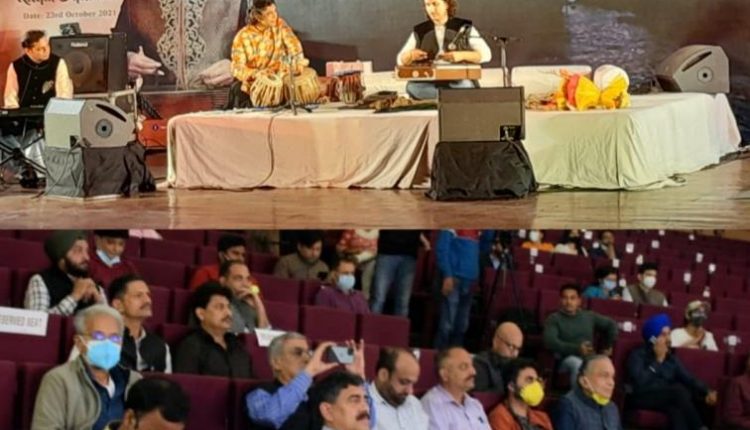 Member Parliament, Jugal Kishore Sharma was the chief guest of the event. The Iconic festival has been organised to promote JKUT’s cultural heritage, local talent and tourism.

Speaking on the occasion, Jugal Kishore Sharma hailed the administration for hosting a series of events to promote Jammu region as an independent tourist destination. He said that the Union Government under the leadership of PM Modi was keen to promote and bring unexplored and potential destinations of Jammu and Kashmir on the world Tourism map.

He also lauded Rahul Sharma for the wonderful presentations and bringing fame to Jammu on National level.

Director, Tourism Jammu, Vivekanand Rai,and other officers and officials of Tourism and other concerned departments besides a large number of audience witnessed the musical event and appreciated the performance.

The event was organised by the Directorate of Tourism Jammu and Divisional Administration Jammu under the slogan of ‘serene evening of fusion Santoor’ with Rahul Sharma. In the program Rahul Sharma presented several Santoor recitals based on different formations.